After the shocking death of Cecil, one of Africa’s most famous and beloved lions, the Internet is seething with anger and hatred for his killer, Minnesota dentist Walter Palmer. But while Palmer receives death threats and a deluge of less than glittering reviews on Yelp, let’s not forget that this man, who flashes his perfectly white teeth as he glibly perches next to the carcasses of dead animals, is just one of many trophy hunters. Here are another six people who have gained notoriety for killing endangered animals. 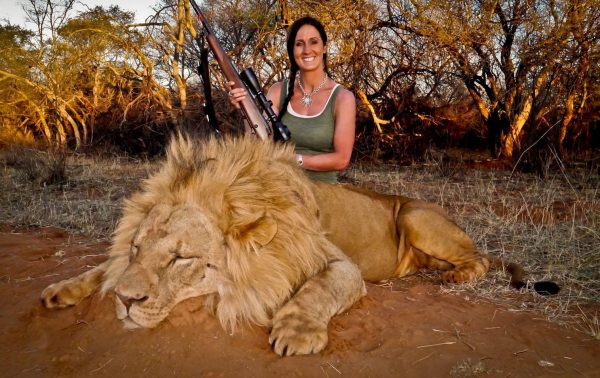 If you take a look at Bachman’s Facebook page, you’ll see nothing but pictures of a khaki-clad woman wielding various weapons next to the blood-stained bodies of her kills. A lion, an Alaskan brown bear, a zebra, an Arabian Oryx, a warthog… It seems that none of the animal kingdom are safe. She’s also the star of extreme hunting show ‘Winchester Deadly Passion’, because she didn’t have enough platforms to boast about killing animals. Like Palmer, Bachman hails from Minnesota, which leads you to question if there’s something in the water there. 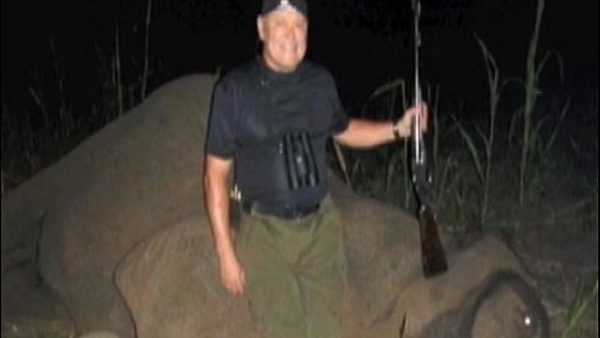 That enormous diamond stud in his left ear clearly wasn’t getting the CEO of GoDaddy enough attention, so in 2011 he went to Zimbabwe, killed an elephant and shot a video of it. Because everyone needed to see that.

3. Rebecca Francis
In April, comedian Ricky Gervais sparked a Twitter war with hunter Rebecca Francis after posting a photograph of her with a dead giraffe and a rifle.

The image shows Francis dressed casually in jeans and trainers, as if she was just popping out to the shops and not on her way to shoot African wildlife. The tweet went viral, and Francis’ attempts to defend herself were about as successful as the poor giraffe’s. Well, now she knows how it feels.

"I kill lions, giraffes & bears with guns & bows and arrows then pose grinning. Why don't people like me? Must be because they're sexist" 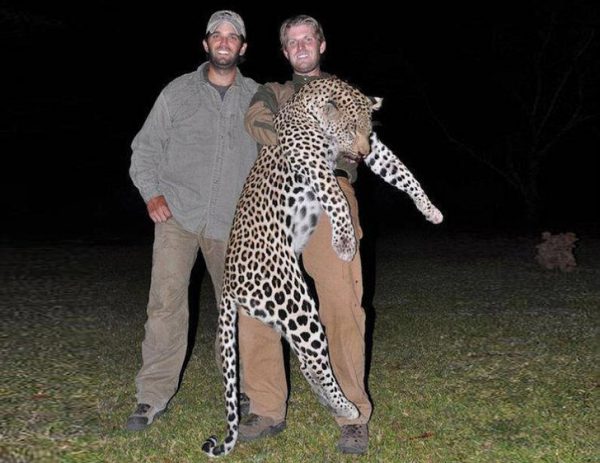 If you thought the most offensive thing a Trump has done is call Mexican immigrants rapists, then you’re wrong. The Trump boys went on an African hunting tour in 2011, presumably in search of an alternative to the follicle disaster that currently clings to their father’s head. They obviously weren’t successful. 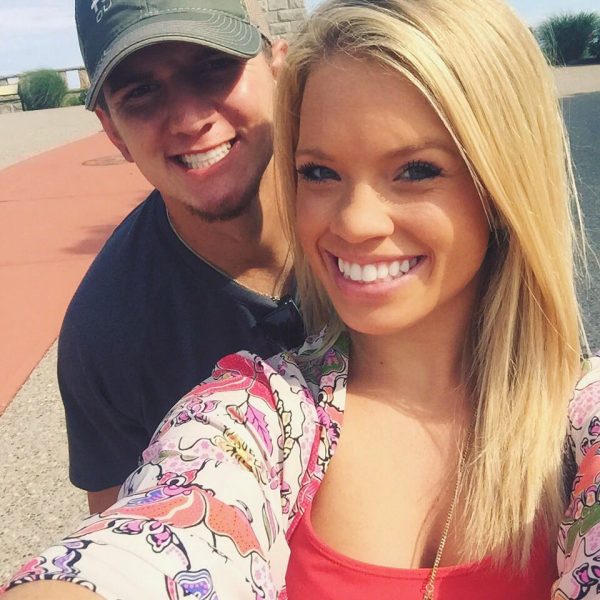 At first glance, Jones looks like a sweet, pretty teenager who wouldn’t harm a fly. But looks can be deceiving, and photos posted on the Texas cheerleader’s Facebook page last year shows that actually, she would. 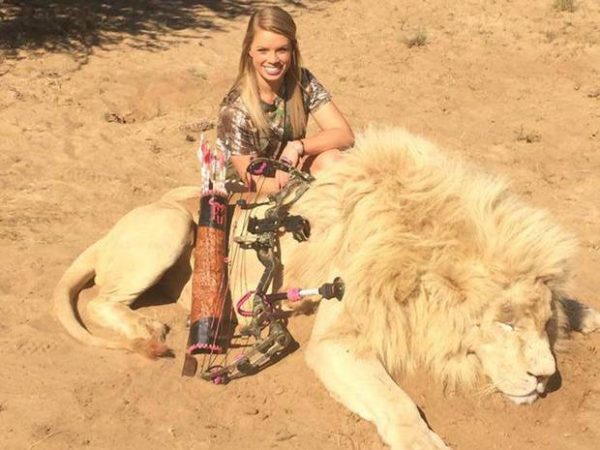 She’d also harm lions, elephants, hippos, and a whole range of other animals. She even claims that the first animal she ever shot was a White Rhino, a species with only 20,000 animals left in the wild. Make that 19,999.

So before you threaten to turn Walter Palmer’s dental drill on him as a way of seeking bloody vengeance for Cecil the lion, remember that he’s just part of the problem. I think we can all agree that privileged wealthy Americans need to find a better hobby. I hear stamp collecting is fun.

Related: The Solution to Trophy Hunting