AuRico Metals Inc. is pleased to announce the results of the first two holes drilled as part of the 2015 Exploration Program at the Kemess Project. The drill holes targeted the Kemess East Deposit, which is located one kilometer east of the previously delineated Kemess Underground deposit and 6.5 kilometres north of the Kemess Mill Facility.

Results of the Kemess East drilling include:

(The estimated true thickness of the mineralized intervals is 70% of the reported intercept length.) 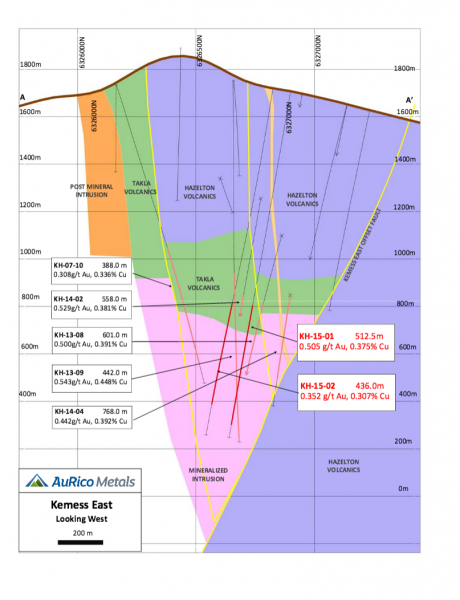 The Kemess East deposit remains open to the east towards the Kemess East Offset Fault and to the south towards the post mineralization Sovereign intrusion. “We’re pleased with the early results from this year’s Kemess drill campaign which is not only adding confidence to the inaugural Kemess East resource announced earlier this year but is also expanding the area of known mineralization. The results of the drilling are particularly encouraging given the immediate proximity to the existing processing facility and associated surface infrastructure that includes a 50,000 tonne per day mill, administration and camp facilities, permitted tailings storage and full access to grid power,” stated Chris Richter, President and CEO of AuRico Metals.

The Company’s 2015 exploration and geotechnical drilling program will continue to focus on the Kemess East delineation with four diamond drills, and is expected to continue to the end of September.

The Kemess Underground Project is currently undergoing a Substituted Environmental Assessment led by the British Columbia Environmental Assessment Office on behalf of both the province of British Columbia and the Canadian Environmental Assessment Agency (on behalf of the Federal Government of Canada). This review is currently in the pre-Application stage (the second of three phases) of the environmental assessment process and AuRico anticipates receiving the Application Information Requirements (“AIR”) in September 2015, a key milestone in the environmental assessment process. The Environmental Application (“EA”) will then be finalized in accordance with the AIR. Based on the current timeline it is expected that the EA will be submitted in early 2016. Once submitted, the EA undergoes a 30 day screening (in order to ascertain that the EA complies with certain information requirements) and if the EA is compliant with the AIR there is a 180 day review period during which time comments are received, addressed and incorporated into the Final Assessment Report. This is then delivered to both the provincial and federal ministers for their respective decisions. These decisions must be announced within 45 days. 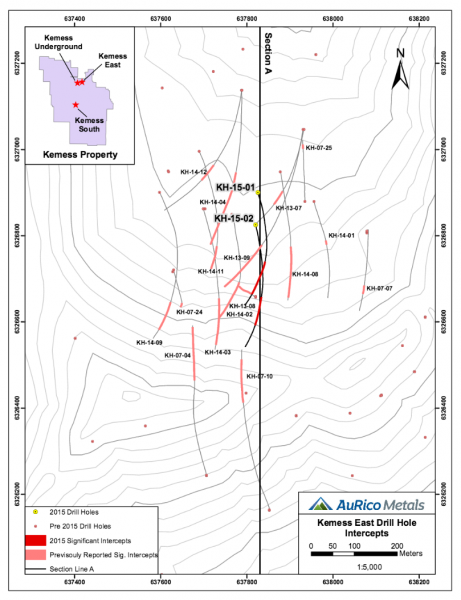 A Feasibility Study on the Kemess Underground Project was released on March 25, 2013 and proposes an underground block caving operation with average annual production of 105,000 ounces of gold and 44 million pounds of copper over a 12 year mine life.

Exploration activities at Kemess are being conducted by AuRico personnel under the supervision of Wade Barnes Project Geologist and a Qualified Person as defined by National Instrument 43-101. Wade Barnes is PGeo registered with the Association of Professional Engineers and Geoscientists of British Columbia (“APEGBC”) and has reviewed and approved this news release.

Samples were prepared at an on-site sample preparation lab. The prepared 250 g samples, crushed to 80% passing 10-mesh and pulverized to 85% passing 150-mesh, were shipped in security sealed pails to ALS Chemex Laboratory in North Vancouver for analysis. Samples were analyzed for a suite of 33 elements, including iron, molybdenum, and silver, using 4-acid digestion and ICP atomic emission spectroscopy on a one gram sub-sample. Significantly mineralized samples were additionally analyzed by an extra ore grade analysis for copper and molybdenum by ICP atomic emission spectroscopy, following a 4-acid digestion. Gold analyses were completed by standard 30g fire assay with an AA finish.

Quality control (QC) samples (blanks, duplicates, and certified reference materials) were inserted into the sample stream at regular intervals such that 2 in 25 (8%) samples were submitted for quality control purposes. QC sample performance was monitored on a regular basis, independently of the laboratories, and failures addressed in a timely manner. All sample batches were also subjected to each laboratory’s internal quality control procedures, for an additional 40% QC sample volume. 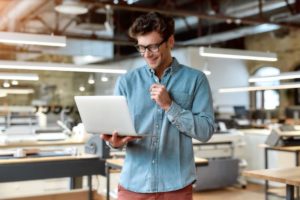