As with much of the transport industry, train travel technology is advancing rapidly. The journeys we take and the vehicles we board may well look very different in the not too distant future.

With a growing global population and mounting concerns over climate change, it’s also likely that trains will become more heavily relied upon. Trains carry more people and have the potential to be quicker and more energy efficient than cars, making them better suited for passengers as well as the environment.

Travelling by train today is already very different to how it was. People are using contactless cards for their season train tickets and pay as you go journeys as train operators move away from paper tickets, while bullet trains are taking passengers across Japan at speeds of up to 320km per hour.

But what does the future of train travel look like?

Automated driverless technology is currently being explored for our railways. While you may have already seen or even ridden on automatic metros in London or Copenhagen, there are no main line railways that are yet fully automated.

An automated driverless system could see additional trains being deployed at the push of a button to cope with busy periods. However, for now concerns remain over the safety of already-overcrowded rail networks that are not built to cope with driverless technology.

Hydrogen powered trains could be one solution to reducing train travel’s impact on the environment. They’re CO2 emission free, burning hydrogen with oxygen to produce energy with water as the only by-product.

Hydrogen trains are currently being tested in Germany, with growing interest throughout Europe and plans already signed off in China.

Using magnets for train travel was first conceptualised in the UK, with Shanghai being the first place it was commercially rolled out back in 2004. Named Maglev, the technology uses powerful magnets to propel trains while also keeping them on track.

Maglev trains are set to come to Japan in 2027, though the main problem is their cost. The Shanghai edition cost over a billion to build and has been operating at a loss ever since, though this isn’t to say the technology cannot be made more cost-effective.

The most fantastical of the options and discussed and the brainchild of SpaceX and Tesla founder Elon Musk, Hyperloop was merely hypothetical until only recently when talks were held in Dubai over making the vision a reality.

The Hyperloop concept is built around tubes carrying passengers in pods at speeds of 760mph – that’s close to the speed of sound. The network would be battery and solar powered, making it a positive alternative to the trains in operation today.

However, Hyperloop requires straight-line routes over flat landscapes to avoid inducing nausea, ruling the concept out for much of the world. 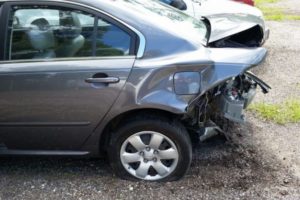 Keep Employees Engaged And Motivated With These Smart Strategies
A Shot In The Arm! The Best Ways To Give Your Business A Real Injection