Riding 5,307 Miles, across 10 countries for Grassroots Suicide Prevention because they need support to keep saving lives

Suicide is the most common cause of death for men aged 20 to 50 in the UK.  Take a moment to read that sentence again and then let yourself absorb that truly disturbing statistic.

Simon Stephen is an ordinary guy and one of those of us who contemplated suicide in 2017.  He was moments away from killing himself when he felt a glimmer of hope and grabbed it with both hands.  With the help of an amazing charity called ‘Grassroots’ he was given help, advice and therapy.  In Simon’s own words, he isn’t fixed but he is getting there. 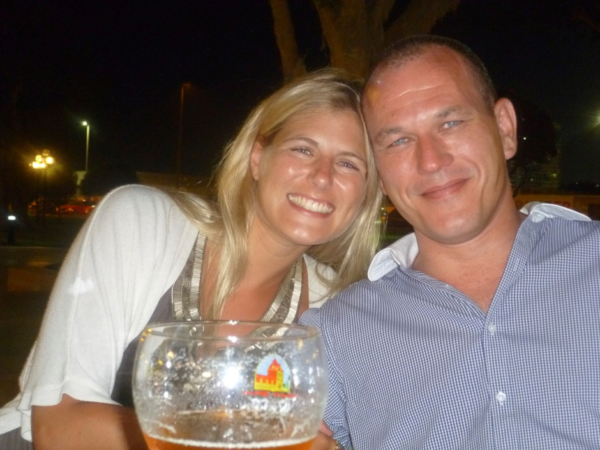 I had the pleasure of meeting Simon socially a few years ago on the stag night for his uncle/my best friend.  Simon is a larger than life character, and what I would call a ‘man’s man’.  When I found out about Simon’s story, I was shocked to the core that this man had contemplated suicide. We spoke about his challenge and his motivation and I found his openness and honesty toward the subject refreshing. He made me realise that suicide is not something that happens to ‘other people’ – it can affect any one of us.

Simon’s story is not too different from a lot of us.  He worked too hard and didn’t value what he should have. Years later, he woke up to find he didn’t really like what he had done or who he had become. He had a hard school life, left home at 16 and had a few jobs before spending eight years in the MoD and the UK Defence Sector. He then spent two decades in the stress of the city working in the Financial Services chasing money. He is married and has two kids. From the outside he had the perfect life, but inside his nerves were frayed and his spirit crushed.

Simon’s suicide attempt was in late 2017. He was drinking heavily and self-medicating with painkillers. He saw himself as a poor husband, father and friend, felt he has made terrible life decisions, and suddenly realised that he was hurting people who cared about him. He forced open a window in his ten-storey hotel bedroom, stepped out and sat on the windowsill. He was alone and ready to jump when he heard a siren in the distance. The noise made him think how much of a nuisance he would be to an ambulance crew who would have to pick up the pieces on the street below. That moment of lucidity gave Simon a chance to reach out for help and found Grassroots.  Since then he has been on a journey to better understand himself, make more of the world around him and, above all, to live a simpler, gentler, kinder and more balanced life.

The Charity Grassroots is an award-winning charity and UK leader in suicide prevention. They believe that suicide can be prevented through open and direct conversations.  Grassroots provide people with the skills and confidence needed to save lives through their training, innovation and thought-provoking campaigns, and surviving on donations alone, they need all the help they can get.

Simon sets out on the 1st June 2020 to ride his motorbike for 30 days, covering some 5,307 miles (8,540km) across ten countries. His journey will set out from Punta de Tarifa in Spain and travel to Nordkapp, Norway in the Arctic Circle – aka, the southernmost point of mainland Europe to the northernmost. Simon’s goal is simple: to raise money and awareness for the charity that literally saved his life and continues to save others every day. 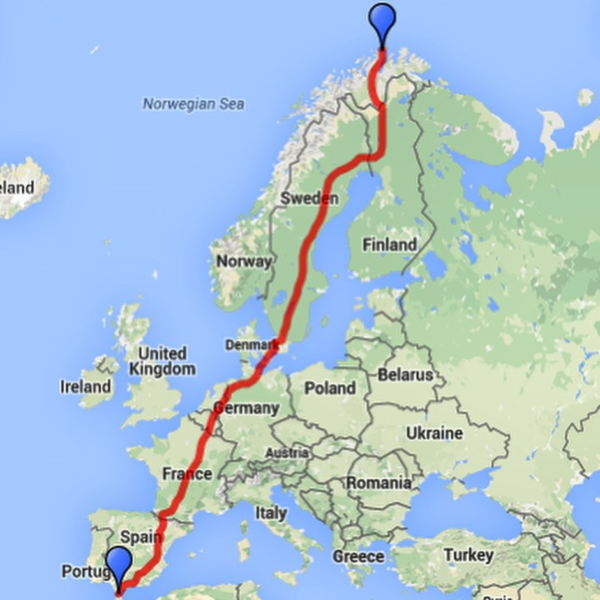 Simon started riding motorbikes in his late teens and, having crashed a few times and scared himself silly, had two children and was ‘advised’ by his family to get a car. He decided to hang up his leathers and didn’t ride again for over 25 years. He hasn’t even done a weekend trip on a motorbike, but now he is challenging himself by riding through ten countries.

The journey will be undoubtedly both beautiful and difficult, with changing climates, conditions, roads and tracks. This is a once in a lifetime ride and not one for the faint hearted!

Simon will be riding his Benelli TRK-X motorbike, which is a fantastically simple, effective adventure bike. It’s not the biggest or fastest but she is strong, comfortable and has a little Italian edginess.  The Benelli should have everything needed to make a journey of this distance and magnitude. 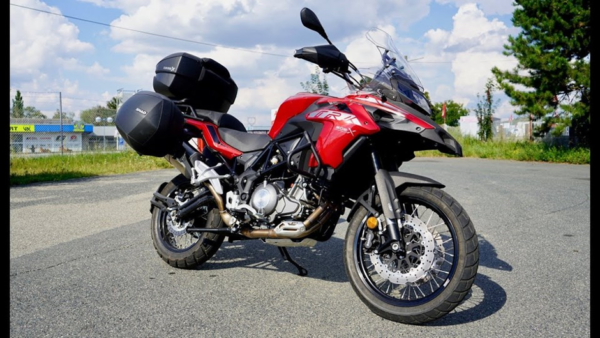 Simon is hoping to raise £1 GBP per mile ridden, which totals at least £5,307 GBP

It is a genuine honour to help Simon get his story out there and to increase awareness for Grassroots. I am delighted that I will join him for in France to ride alongside him and share some stories (and definitely a few beers).

You can follow Simon on his journey, which starts now as he prepares, plans, and practices, as well as all the promotion needed, on Instagram@up._for._life

When you speak to Simon, you get drawn into the man, his honesty and his challenge. The world needs people like him who are prepared to go above and beyond. Also, huge credit must be given to Grassroots: without them, we wouldn’t have our very own Simon at all.

So please, get involved, support, donate and spread the word – it’s going to be a heck of a ride!

If you can donate anything to support Simon and Grassroots, just click below and give what you can, and together we can save lives:

You can offer Simon support directly by emailing him on ridethewrongwayup@gmail.com

Simon has asked me to let you know that he is always available to help or advise anyone who needs an ear, whether they donate or not.

How To Nail Your Merchandising Approach
How To Transform Your Business: 5 Tips You Can Use