Every time we speak with Teranga Gold, we see its pipeline of gold mines coming together more and more into the promising portfolio it set out to create. A few years ago, when gold prices took their plunge, many gold producers scaled down their spending, but Teranga Gold chose this time to invest in future growth. Acquiring prospective projects whilst the cost was lower, Teranga is now in the position to profit from its strategic business planning. Mining has been, and continues to be, a costly enterprise to explore and develop, but with a sleek scale from operational to as-yet undeveloped mines in well spaced-out stages, Teranga has carefully managed everything it has taken on, and now, it is bearing fruit.

Teranga was formed in 2010. Since then, the Canadian company has produced over 1.8 million ounces of gold at its flagship Sabodala operation in Senegal, but that mine is only part of the company’s story. The multi-jurisdictional company has a goal, and that goal – to reach mid-tier gold producer status – becomes more within reach with each passing year. To achieve this, the company’s mines would need to produce over 500,000 ounces of gold per annum, and it’s getting close. With its second mine, Wahgnion, now in operation, the company will be a 300-350,000-ounce producer commencing in 2020. Add to this the strength of its existing pipeline and the once lofty production goal seems sensibly within reach. We caught up with Richard Young, Teranga Gold’s President and CEO, to hear the latest on Teranga’s efforts and to see how the story has been unfolding.

Teranga has roughly 6,400 km2 of land located on prospective gold belts in West Africa. Currently, it is carrying out exploration programs in three countries: Senegal, Burkina Faso, and most recently, Côte d’Ivoire. At last count, on December 31, 2018, the company had 4.0 million ounces of mineral gold reserves, but ongoing exploration and drilling is looking to increase this figure. So, what exactly is the state of the company’s pipeline, and what does this mean for its future? Richard took us back to the beginning and broke it down:

“We acquired the Sabodala gold mine [Teranga’s first mine] from an Australian company called Mineral Deposits, and then in 2013/2014, we acquired a contiguous property that doubled Sabodala’s gold reserves. Our flagship operation in Senegal produces over 200,000 ounces and generates more than $50 million in free cash flow per year, so it’s a wonderful asset for us.” When Teranga arrived in Senegal, Sabodala was the only large-scale industrial gold mine in the country. Though this is no longer the case, it is still the largest.

“The next leg of growth came with the acquisition of Gryphon Minerals in 2016; that’s actually given us not only Wahgnion, which has just been commissioned, but provided what is now our most advanced exploration project and potentially the next development project for us: Golden Hill.” Both of these projects are located in Burkina Faso. Wahgnion began processing in August, two months ahead of the original schedule and exploration on the site will continue in 2020-2021:

“When we acquired Gryphon Minerals, Wahgnion had about 800,000 ounces in reserves, and we certainly believed that that number would grow.” Shortly after the acquisition, Teranga carried out a drill program on the site that increased minerals reserves to 1.1 million ounces. A second program later increased this to 1.6 million ounces and extended the mine life from 9 to 13 years. The addition of Wahgnion will increases Teranga’s consolidated production base by 50%, and double its free cash flow. “And we think we’re just getting started. There are four deposit areas, and all four remain open along strike and at depth. The Gryphon team, who were very good explorers, identified a dozen targets beyond what’s included in the current reserves and resources, giving us a lot of follow-up to do. Ultimately, we think that Wahgnion, much like Sabodala, will have at least a 15 to 20-year mine life.” In the meantime, Wahgnion is expected to produce 30,000 to 40,000 ounces in 2019.

During their testing, Teranga discovered that the metallurgy at Wahgnion is very similar to Sabodala, which meant it could replicate its Sabodala mill and transfer much of its knowledge and processes from one operation to the other.

As for Golden Hill, it is still early days, but having this on the horizon whilst two healthy sites are in production sets Teranga up steadily for the future. The targets at Golden Hill appear to be near the surface, which Teranga hopes will lead to shallow open-pit deposits, operating at a low cost. It is a large site to explore thoroughly given its 40-50 km length. Currently, Teranga believes it will tackle this by identifying an area that promises a sound 2.5-million tonne project, and once this is in operation and further funds become available, exploration can continue to expand this. Again, this steady approach is a reflection of Teranga’s business strategy as a whole: take time, tackle stages as and when funds are available, and surely, steadily keep that pipeline growing. It’s a profitable attitude that Richard credits to one of the company’s investors:

“Our pipeline is really a credit to our board, and in particular, to our largest shareholder, David Mimran, who has a long-term vision.” Mimran, CEO of the Mimran Group, has invested close to $100 million Canadian for about 22% of the company, and maintains a deep involvement in guiding Teranga’s strategy and pacing.

These tantalizing new projects don’t mean that Teranga is letting its first site sit stagnant, however. Far from it.  As well as its current mining operations, Sabodala is set for a major drill program. Teranga has been working on this diligently for the last five years: the focus of much of its work has been the relocation of a village that is on top of Niakafiri – the largest deposit on the Sabodala mine licence. To mine this deposit, the local village requires resettlement – a delicate task that requires consultation and cooperation with the local community to make sure that it is done smoothly, fairly, and in a way that ensures the happiness and well-being of everyone involved. We asked Richard how Teranga have handled this with respect:

“It starts with a lot of communication: you’ve got to work with the community, you’ve got to listen to the community, and it always takes more time than you think. It’s been a very interactive process.” Teranga held talks with the community to learn about their values and long-term goals, and worked closely with them to design new housing, making sure that all designs are signed off by the locals, and even stopping construction and re-designing when the community gave new feedback. “We are very proud of what we’re accomplishing and excited for the future of the community.”

Moving the village is expected to be complete in 2020, and it won’t be the first project like this that Teranga has pulled off: “We’ve actually undergone a similar operation at Wahgnion, and that’s gone extraordinarily well. It’s a phased relocation and it’s partially complete. The community love their new accommodations. They were very much engaged in the design and the materials that were used, and were very pleased with the outcome.”

This care is in keeping with Teranga’s excellent CSR track record. The company works hard to leave a positive impact where it operates: “We want to ensure that the communities are better off when we leave than when we arrived.” This includes improvements to water supplies and health and education facilities, and establishing alternative sources of income such as farms and market gardens that foster healthy diets and enable communities to profit both now and after the mine leaves. The company also hires and trains members of the local communities. Last year marked a record year for this in Senegal, with a workforce of 95% Senegalese nationals. Similarly, for the construction of Wahgnion, the company recruited and trained approximately 650 local unskilled workers during construction, and seventy are transitioning now into operational roles, and the mine’s total workforce is over 90% Burkinabe.

The latest addition to Teranga’s pipeline is a prospective land package in Côte d’Ivoire. Whilst other projects are further along and have been receiving priority in terms of funds, this package is one Teranga is now keen to develop. “With Wahgnion up and running, we will be looking to spend more dollars in Côte d’Ivoire, searching for what we believe will be the next project or two after Golden Hill.”

Côte d’Ivoire is a country that keeps cropping up in conversations with gold producers lately, and that’s because the previously under-mined country is now pushing, under its current government, to attract this industry to its prospective land. “We’ve found the government to be mining-friendly and capable. I think Côte d’Ivoire is a number one jurisdiction to explore for gold, and you’re seeing it as more and more companies are focused on moving in to the country. I speak to many CEOs, and that is the number one jurisdiction that they are looking at. So, I think it’s just a matter of time before there’s more success.”

The company has two joint ventures in Côte d’Ivoire. The first is with Miminvest, with whom it has three permits. The other joint venture is on a project called Afema: “This project is very prospective, and has the potential to be large scale. We probably have six or seven drill targets on that as we speak. As we move into 2020 and beyond, most of our discretionary exploration spend will be in Côte d’Ivoire.”

With its sequential organic growth pipeline, Teranga’s future goal to be a mid-tier producer is within reach:

“We have a very solid pipeline of projects that will allow us to achieve 500,000 ounces of gold production within the next five years. Wahgnion helped bring Teranga Gold one step closer to this goal and we are thrilled with the success of our team, who took this project from exploration to production in less than three years.”

With Wahgnion now up and running, Teranga has two operational gold mines, both with +10-year mine lives, as well as with a slate of incredible exploration prospects in their portfolio. With the free cash flow to help fund its future growth, mid-tier producer status looks to be on the near horizon, and the company has set itself up well to continue a safe and steady success for many years to come. 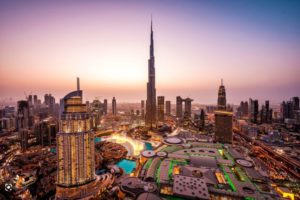