These days, there hardly exists a person who isn’t online in some capacity. Our very lives are intertwined with the internet in myriad ways and it would be next to impossible to completely go off the grid and erase yourself from the internet’s memory. The internet in many ways is a boon, helping us with our every need, from research and study to social interaction, shopping, advice, resources, and more. With the world at our fingertips, we’ve become increasingly dependent on being online. 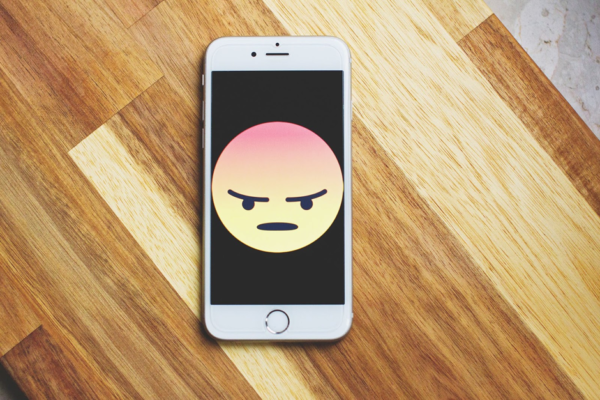 Trolling, otherwise known as online bullying, is a serious issue, and one that almost all of us have faced to varying degrees. It seems that being “very online” should come with a disclaimer: beware of trolls. The bullying and mockery is hardly harmless; the relentless harassment of some have led to mental health issues such as depression and anxiety, self-harm, and in some more serious cases, even death, such as recent the case of Caroline Flack. It seems nobody is immune. Even prominent celebrities and beloved public figures, like the actress Jameela Jamil and Meghan Markle have been targets of online harassment.

While some trolls are just that: trolling – others are more harmful. With the leaking of private photos, the revealing of private information such as a person’s address or phone number (known as doxxing) and hacking, online harassment has become a much more dangerous game.

When removing oneself from the internet altogether is hardly an option, how then is the best way to combat internet trolls, online bullying, unsolicited advances and harassment? There are ways. Hardly foolproof, but helpful nonetheless.

Many social media outlets have begun using various tools and blockers to help users disengage from trolls, mute certain words or users, and in some cases block and report online harassment, threats and more. The Instagram reporting tool is one of these resources that users can utilize to let the app know when someone is being out of line. Facebook, Tumblr and other social media platforms all have a version of this. While reporting doesn’t always result in a user being reprimanded or banned, often it does work, especially if more than one user reports the troll.

When reporting fails, some users on social media have taken matters into their own hands by “naming and shaming”, or, at the very least, publicly posting screenshots of emails, messages and threats they’ve received from online trolls. In many cases this does seem to work, shining a light on the abuse people face from anonymous harassers and putting their heinous words and threats right out in the open. These public airings of trollish behavior also lead to a larger conversation about trolls, bullies and why they operate the way they do, as well as who they tend to target (as you’ve doubtless guessed, women, the disabled and people of color bear the brunt of online harassment, threats and mockery). More and more people are starting to be open about the harassment they face and why it happens to them. The public at large are also taking steps to boycott and cancel those in the public eye who have tried to make a career out of mocking and belittling others, such as a recent case with talk show host Wendy Williams.

In the popular show Shrill, based on the book by Lindy West, Annie (played by Aidy Bryant) becomes increasingly distraught over an online troll who pops up in the comments every time a new piece of hers is published. He targets her specifically and in the meanest possible ways: he mocks her father’s cancer, body shames her and makes threats towards her. Annie, driven to desperation by his targeted harassment, ends up finding out her troll’s name and address and physically confronts him, leading to a handful of sometimes violent, sometimes enlightening altercations that reveal just why the troll felt the need to target her. While it makes for good TV, obviously this isn’t advisable in real life.

Why do trolls feel the need to behave the way they do? There’s no telling, but one thing is clear: we must all do everything we can, with the tools and resources provided, to try and combat online harassment on every platform. Our safety depends on it.