The Republic of Rwanda is a nation with a rich culture, beautiful land and a growing tourism trade. The sector started out small but is growing at an impressive rate, and is now the country’s biggest earner of outside capital. This makes it a sector of extreme importance to Rwanda, and thus, the efforts of the Rwanda Hospitality Association are critical. We took a look at this association to see how it is supporting its members and, through them, boosting the country and its growing economy.

Rwanda is still regarded as a developing economy. Whilst the country has much to recommend itself, it has not been without its troubles, and both its economy and global image, not to mention its people, have suffered some major setbacks – particularly following the tragic events of 1994. However, refusing to let this tragedy in its history define it, the country has since grown and thrived, and its recovery and now rising tourism industry is a part of this turn-around. This sector shares the weight of Rwanda’s economic success along with its agriculture, which mostly consists of subsistence farming rather than overseas trade (with some exceptions, such as coffee and tea). This keeps the wheels turning internally, but it is tourism that brings in the external. It has also been pegged as an emerging tech hub within the continent of Africa, but for now, it is the growth to tourism that is snowballing and bringing in that overseas trade.

Rwanda is well-connected with its global neighbours: it is a member of the United Nations, as well as the African Union, COMESA and the East African Community. It also has much in the way of culture and incredible local sights to make it an appealing tourism location: for one thing, and possibly its most exciting, it is possible to view mountain gorillas in the wild. Whilst many countries in Africa offer different safari possibilities, Rwanda is notably one of only two countries that allow travelers the chance to view these incredible creatures. Gorilla tracking permits are available at a high cost, to make sure that these animals are not over-visited, but with such a rare opportunity on the cards, holiday-makers are willing to pay the price.

In addition to this, there is the stunning wildlife and its views, a vibrant culture of music and dance – particularly percussive – and there is also a strong tradition of arts and crafts, with the vibrant and striking imigongo art, the most recognizable and iconic. The country has a young population, which has its downs as well as its ups, but one understandable ‘up’ is that sports are extremely popular throughout the country. Most popular are football, volleyball, basketball, cricket, cycling and athletics. As for food, the local cuisine includes a range of delicious meals using bananas, sweet potatoes, pulses, cassava and fish. The local drinks include ikivuguto, a fermented milk or yoghurt that is commonly drunk, and particularly fortifying when at work or on the move. Whilst ‘fermented milk’ might sound odd to some ears, this writer was able to try an extremely similar drink in Mongolia and can verify that it is surprisingly tasty and undoubtedly moreish. There is also a traditional local banana beer called ikigage.

All this puts RHA in context. Its story began in 2001: this was the year that the Chamber of Commerce (as it was known then) came together to form the general framework through which Rwanda’s private sector could have a more straight-forward back and forth with the government, particularly with a view to aligning with the government’s 2020 vision for the country. In response to this, members of the tourism industry came together to for the RHA, and by the following year, it had a modest membership of 10-20 members. From there, it grew. By 2012, it was granted the ability to represent members as a full national trade association: originally, it could only represent hotels, restaurants and bars, but not, this list was added to by resorts, holiday apartments, guest houses, eco lodges, game lodges, nightclubs and even coffee shops, and this is what it continues to do today. Many categories on that list are of great importance to Rwandan tourism – especially resorts and game lodges. Now, it can cover them all.

Currently chaired by Mr Nsengiyumva Barakabuye, the RHA describes its vision as being “to position as the advocate of all operators in Hospitality related businesses by being a key resource for reliable information and capacity building for the Hospitality & Tourism Industry in Rwanda.” Its mission, as it describes it, is to “represent the common interest of members in the Hospitality Industry through lobby for industry friendly legislation, promotion of quality products and services, offering value added member services, and to be the resource for industry information and education to our members, their employees, government, media, and all other interested parties.”

So what do members actually receive? As described, the RHA provides support for its members in the form of advocacy, and they can have their voice heard when it is being decided how and when the association will lobby for industry friendly legislation. It also boosts its members’ visibility by providing marketing for their business, both locally and internationally, and it provides platforms through which their members can interact with each other and other associated companies and groups. This networking aspect can prove to be extremely beneficial in terms of building bonds and opening up new opportunities, as well as making companies more aware of the general market that they are a part of. Entry fees are staggered, so that businesses that offer higher-star services are charged more than those who offer cheaper services, to take their earnings and level of activity into account. These criteria change from category type to type: for example, for coffee shops, the pricing is instead determined by location and capacity. This is a fair way to make the RHA’s services available to all, from all levels of the industry: after all, it is the industry as a whole that needs support, and moving their interests forward together will help to better every element of the sector.

It is exciting to see the tourism industry on the rise for Rwanda. A stunning country with a vibrant and brilliant culture, a growing tourism trade will both bring more money into the country from overseas, which is always a great boon to an economy, and will also improve global awareness of this country and its unique qualities. Come for the gorillas, stay for the surprisingly tasty alcoholic milk! 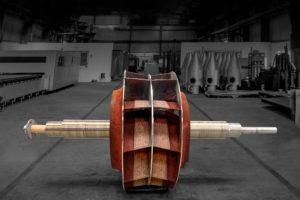 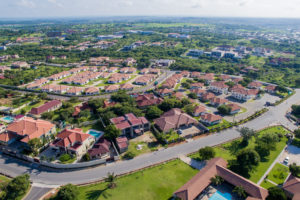