In its current form, the Internet of Things (IoT) can be generally described as a network of connected devices that are able to communicate with each other via an automated system. While recent technological developments and increasing mainstream media exposure have led to surging interest in IoT across a broad range of disciplines and industries, IoT tech has most notably been adapted by a range of airlines and maintenance companies as a tool to revolutionize the aviation sector for the better – but how has the IoT enhanced the aviation industry so far and what can we expect in the coming years?

Maintenance – As annual air traffic continues to increase along with consumer demand, more airlines and businesses in the Maintenance, Repair and Operations (MRO) industry have made use of IoT-enabled sensors to better harness big data and improve their condition-based maintenance (CBM) processes. Essentially, a combination of IoT smart sensors and targeted data analytics has enabled businesses in the aviation industry to reduce maintenance delays, anticipate maintenance issues before they occur and reduce the amount of wasted fleet downtime, improving the efficiency of overall service for the consumer.

Routing and re-routing – Because IoT-enabled aircraft can be easily detected and are able to effectively track and ‘communicate’ with each other, it’s possible for operators to allow planes a greater degree of autonomy when it comes to routing and re-routing. IoT software can enable both commercial aircrafts and private jets to map and adjust their own routes as necessary (known as ‘free routes’) rather than relying on a predetermined flight path as dictated by a human flight controller. This means that an IoT-enabled aircraft may decide its own flight path based on a range of factors including speed, weather conditions and the presence of other aircraft flying in its vicinity.

Flight logging and air traffic control – In the same way that developments in IoT tech have enabled flight operators to provide more flexible and reactive routing options, there’s also been a marked improvement in the accuracy of flight logging and air traffic control services. Using IoT software, operators can make better use of an aircraft’s real-time location and provide more accurate indicators of arrival and departure times, as well as accurate readings of a plane’s speed, flow and trajectory during flight.

Passenger safety – Whereas all of the points explored here are likely to improve customer service and overall efficiency, it’s worth noting that perhaps the main driving force for the utilization of IoT technology in the aviation industry lies in improved passenger safety – from potentially dangerous maintenance issues and hazardous flight paths to unexpected changes in weather and obstructive aircraft, IoT systems can reliably pick up and prevent a range of problems that could put both the crew and passengers at risk during a flight.

The disruptive proliferation of the Internet of Things has seen huge technological strides within all industries. The incorporation of such digital processes into aviation is creating new efficiency within all aspects of the sector, whether it be passenger safety, route optimization, or aircraft maintenance, the digital revolution will continue to enhance the air travel industry for years to come. 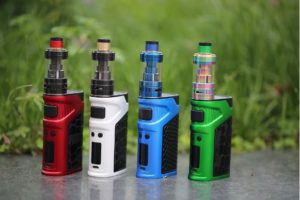 Six Tips For The Maintenance Of Your CBD Vape Pen

Delta 10 Gummies: 6 Mistakes To Avoid While Buying Them
Comment