What To Consider When Looking For A Business Partner

How to Deal with Costly Auto Repairs Without Breaking the Bank

How Verizon Has the East Coast Covered

Clothing collected at Men’s Wearhouse stores between June 22nd and July 31st, will be distributed to over 180 local non-profit organizations that provide job-ready skills, training and seminars to disadvantaged men and women entering or re-entering the workforce.

As part of this year’s National Suit Drive, Men’s Wearhouse is issuing a challenge to consumers to meet or exceed the goal of 250,000 donated items. Over the past seven years, the National Suit Drive has collected approximately 850,000 professional clothing donations, and this year marks the opportunity to break the one million donation mark.

“A suit is more than just about how you look – it’s about how you feel, and it’s important to feel your absolute best during a job interview,” said Doug Ewert, CEO of The Men’s Wearhouse, Inc. “The National Suit Drive gives men looking to re-enter the workforce a chance at a new beginning. Through this annual campaign, we’ve had an opportunity to truly make a difference in people’s lives, and we’re excited at the potential of reaching one million donations this year.”

Starting on June 22nd, consumers can donate their gently-used professional clothing including men’s and women’s suits, ties, jackets, shirts, pants, belts and shoes, at over 900 Men’s Wearhouse locations across the country. As a thank you, donors will receive 50 percent off the regular retail price of their next purchase from Men’s Wearhouse (excluding shoes, clearance and Exceptional Value items).

“While the National Suit Drive collects gently used professional attire, what it’s really collecting is confidence, inspiration, and a chance,” said Joseph Abboud, award-winning designer and Chief Creative Director of The Men’s Wearhouse. “In a suit, the world looks at you a little differently, and everyone deserves to know what that feels like.”

This year, the National Suit Drive is partnering with DeMarco Murray, the AP NFL Offensive Player of the Year, to help spread the word. “Whether ‘suiting up’ on the field or off, I’ve felt first-hand the confidence a suit provides and how it helps you perform at your personal best,” said Murray. “I’m thrilled to be partnering with the National Suit Drive to give other men throughout the nation the ability to recognize their dreams – and achieve them.”

To help spread the word about this year’s National Suit Drive, Men’s Wearhouse is encouraging people to share the #giveasuit post found on their Facebook page. For every share, the company will donate $1 (up to $25,000) to the local nonprofits they have partnered with. 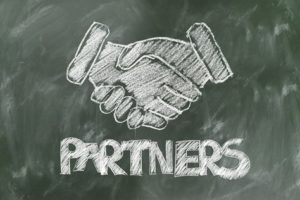 What To Consider When Looking For A Business Partner

How to Deal with Costly Auto Repairs Without Breaking the Bank

How Verizon Has the East Coast Covered

View All Posts
Tinder is the death of trust and Pixar was right.
Make Memories Last – The New THOMAS SABO Love Bridge Collection