What Is The Cost of Setting Up A Civil Engineering Business?

What Are Expired Domains and How To Use Them

Australia will become the first country in the world to use the new ‘super material’, graphene in the large scale manufacture of an industrial product, the CEO of Imagine Intelligent Materials Pty Limited, Chris Gilbey said today.

Graphene, whose discoverers were awarded the Nobel Prize for physics in 2010 is a one atom thick layer of carbon extracted from graphite. It is 100 times stronger than steel, is impervious to water and gases, can stretch like rubber and has extremely high electrical and thermal conductivity.

Mr Gilbey said that Sydney headquartered Imagine IM, the leading Australian developer of graphene applications for industry had entered into a licensing agreement with Australia’s largest geotextiles manufacturer, Geofabrics Australasia Pty Limited. He said that the insights gained from working with Geofabrics, which is headquartered in Melbourne was key to the development of the graphene manufacturing solution.

The ground-­breaking agreement will see Geofabrics become the exclusive Australian licensee of Imagine IM’s graphene coating technology for applications in geotextiles. Geofabrics will use the technology to offer Australian civil engineering companies significantly improved capacity to locate and remedy leaks with applications in landfill and mining construction.

“Increased environmental regulations in Australia and around the world are driven by the need to address water safety and conservation and by the need for cost effective leak detection in the mining industry. We estimate our technology will save customers around 20 to 40 percent on their current solution costs,” Mr Gilbey said.

“Our graphene coating technology has the potential to become a key element of the world’s geotextiles industry which is growing at around ten percent per annum and will be worth around $20 billion by 2018 ($16 billion US). We have utilised graphene’s electrical conductivity to provide the means to detect pin hole sized leaks in geotextiles.  Leak detection is important because, undetected leaks mean that there is potential for toxins to escape from tailings dams and landfills into ground water.

“The scientific and engineering team at Imagine IM is proud that we have taken graphene out of the research laboratory and transformed its potential into a genuine commercial application and in so doing boosted Australia’s ‘clever country’ credentials.”

Geofabrics is scheduled to provide the marketplace with the first of its graphene coated geotextile products in August this year. The products will be manufactured at Geofabrics’ facility in Albury, NSW.

The General Manager at Geofabrics, Brendan Swifte said: “We are the leading geotextiles manufacturer in Australia and we entered into the agreement with Imagine IM because of our belief in graphene and our belief in Imagine IM’s ability to quality assure the product and the supply chain. We believe that our bidim® geotextile with graphene coating is a ‘game changer’ for the geotextile industry. It will be a high tech solution at an extremely competitive price.”

Mr Gilbey said Imagine IM’s licensing agreement with Geofabrics follows his company’s announcement last month that it has commenced development of Australia’s first graphene manufacturing plant in North Geelong. The plant will commence production later this year and will supply its graphene solutions to Geofabrics.

Imagine IM is in the process of developing additional products and solutions for the global geotextiles industry and is planning to migrate its platform technologies into other textile product lines where solving problems associated with water are highly valued. Mr Gilbey said that Imagine IM is currently discussing international licensing agreements for its graphene technologies in the United States.

“The race to commercialise graphene has seen the launch of numerous companies in the USA, Europe and Asia. The European Commission has established the 1billion Euro Graphene Flagship Fund to help drive the commercialisation of graphene in Europe. In the UK, British Government support has helped establish the National Graphene Institute at the University of Manchester.

“However, up till now, no company has been able to develop a product that delivers at industrial scale the potential that has been indicated in research labs.”

What Is The Cost of Setting Up A Civil Engineering Business? 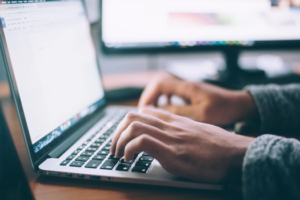 What Are Expired Domains and How To Use Them 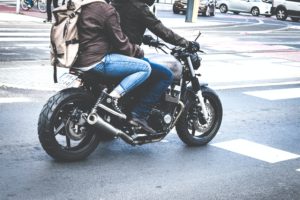 Millions Of People Are Taking Out Loans – Just How Do They Benefit Our Economy?
CNOGA Received CFDA Approval for Marketing in China of Non Invasive Multiple Bio Parameters Monitors