The fabulously rich GCC states in the Middle East and China in South-East Asia have enjoyed something of an oligopoly when it comes to vastly expensive multi-billion-dollar construction projects. However, New York City’s Hudson Yards – a US$25 billion private real estate development and the largest, most ambitious private sector funded venture in the nation’s history – has moved the spotlight back onto the US.

To provide a sense of Hudson Yards’ massive scale, the site will include more than 17 million square feet of commercial and residential space, state-of-the-art office towers, over 100 shops – including New York’s first Neiman Marcus – and a collection of restaurants curated by Chef Thomas Keller. The urban development will include approximately 4,000 residences, 14-acres of public space, a 750-seat public school, and a 200-bedroom luxury hotel with over 200 rooms, all offering unparalleled amenities for residents, employees
and guests.

In essence, the Hudson Yards development will see the construction of a city-within-a-city, and the sheer complexity of the build is as unprecedented as its price-tag. Hudson Yards is not being
built on land, but on elevated platforms; stilts, in effect. Constructed on 28 acres over a working rail yard, two platforms will create a roof over 30 active train tracks
and the new Gateway Tunnel. Once completed, dozens of skyscrapers and other colossal buildings will sit astride this roof, covering one of the world’s busiest railroad yards. The trains will keep running, uninterrupted, just like they always have, below the glittering new metropolis
that will exist above them.

The columns to support this roof must hold the foundation upon which an entire city is built. These columns, which weigh a staggering 90 tons, are colossal in size and had to be custom-made
for the project. Only six cranes exist in all of North America capable of lifting one, and one of these cranes is now deployed on-site. Building a city on stilts has proved to be one of the most
challenging engineering undertakings in New York real-estate history; even the construction of the city’s Grand Central Terminal in the early 20th century posed fewer challenges.

It raises the question – is this the first of many similar projects, as cities like ever-expanding Manhattan run out of space, but cease to run out of ambition? Time will tell, but with the luxury
and architectural beauty planned for Hudson Yards, those who will be able to afford it will experience a new side to New York, where not only the skyscrapers, but now the streets and parks reach
for the stars. 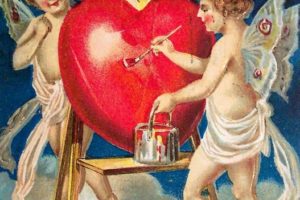