Charities have been a big part of society for the past hundred or so years. But in a world where social mobility is so easy for everyone in society is there really a future for charity? After all, there are many cases where people have worked hard to get themselves out of poverty and forge a successful career for themselves. But is it really as easy as that? We’ve taken an in-depth look to see whether there is really a future for charities.

There are lots of charities that focus on treatments for certain illnesses and diseases, such as multiple sclerosis and cancer. However, these days, it looks like people are choosing to turn to crowdfunding sites for help rather than these charities. In fact, between 2011 and 2014, it is thought that the number of people trying to crowdsource their money for medical bills rose from 8,000 to 600,000. However, crowdfunding might be too good to be true. That’s because those who set up these kinds of projects still have to pay the site that they use, and the fee can be as high as 7.9% for every $1 transaction. Many experts believe that once the crowdfunding bubble bursts, people will return to charities.

Even though people are now funding most of their cash through crowdfunding projects, fundraising events, like the Ken Starr and Home Comfort USA Stuff a Truck Event, are still as popular as ever. Plus, they have been proven to build up loyalty between charities and donors. One recent study showed that around 92% of people who attend a successful charitable fundraiser event would be more than happy to attend a similar one for the same charity. So, there’s no wonder that so many charities still rely on organised events.

Public Sector Spending Is At An All-Time Low

Even though the economy has picked up significantly since the 2007 financial crash, we are still living through an age of austerity. Because of this, the government has cut back on public sector spending, which is now at an all-time low. As a result, there are now hardly any public sector grants available for charities. As most charitable organisations rely on these to survive, quite a few are now struggling to stay afloat.

Currently, lots of charities are trying to restructure their business model so that they can survive in the current economic conditions. This is also in response to pressure from donors, as many people now want the charities to which they donate to be more transparent and honest about how they use their funds. But once a charity puts this transparency in the centre, it can then reshape its business model around it.

It seems that there is still a place for charitable organisations in our society, but they will need to adapt and change in order to stay afloat. As long as they continue to gain support from donors, that shouldn’t be a problem. 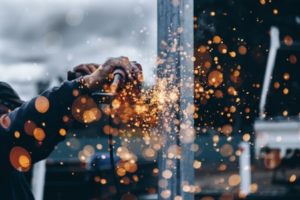