With December tapering to an end and, with it, the excitement of Christmas, the arrival of the new year, among those of us for whom it falls on January the 1st, is what our minds usually turn to. During that magical countdown at 10 seconds to midnight which we’re all familiar with, a chance for a clean slate and new beginning presents itself – some might even say a ‘rebirth’.

To encapsulate this feeling, we often choose to make symbolic gestures as a commitment to fresh chances. Some purchase long-debated gym memberships to shed the Christmas pounds, or swear oaths of self-control over their vices (smoking, drinking, etc), whilst for others the simple purchase of a new calendar is all the heralding a year requires. However, the desire for a new start sometimes necessitates making peace with the past, unabashedly confronting the worst aspects of the year in order to free up the future for something better.

Taking this idea and running with it to its logical conclusion, the people of Panama have established a tradition that captures the same spirit of contemplation and injects it with some much-needed farce and humour. Scattered around the Panamanian countryside are a population of hand-crafted effigies, known by the locals as ‘muñecos de ano viejo’ (one year dolls). However, these aren’t simply for decoration or to freak out tourists; each skilfully crafted, human-sized effigy is pieced together from discarded clothes, embellished to the maker’s taste, and then packed full of combustibles. These dolls are for burning! 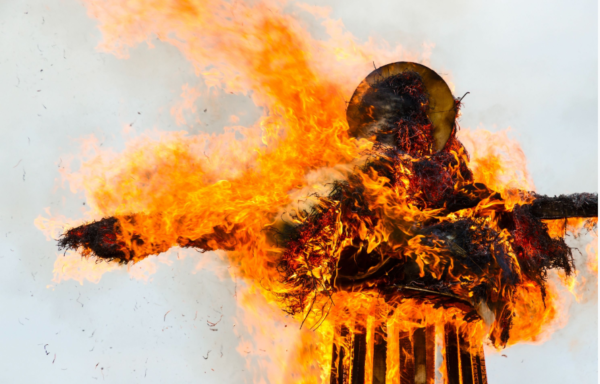 Looking back on a year, there will be things to celebrate and things to regret. Of the latter, there will be both misfortunes for individuals and wider society. But for the Panamanians anything is fair game! It is up to the creator to personify their own interpretation of the very worst aspects of a passing year and then to immolate them, ensuring that their influence is purged from the year to come.

As you can imagine, political figures both domestically in Panama and from abroad are given short shrift. In recent years, it’s really not surprising that people like Donald Trump and Fidel Castro have made frequent ‘appearances’ among these 6ft infernos illuminating the landscape. However, that isn’t to say a muñecos de ano viejo is inherently political: abstract concepts, pop–culture figures, sports luminaries, and even fictional characters such as Alien & Predator have all been represented in previous years. Clearly there is a high degree of levity in these ‘sacrifices’, although the often acerbically satirical designs and frequently outrageous estimations of public figures can really hammer the funny bone. Picture a grotesque caricature of Trump, trowel in hand and a pile of bricks at his feet, and you’ll understand the level we’re on.

And so, with the spectrum of a year’s highs and lows brought into vivid detail, lined up close to the Pan-American highway, the effigies are set ablaze in a ritual of emotional exorcism and contemplation as midnight ticks closer. For those not sufficiently crafty to fabricate one for themselves, a small but lucrative opportunity exists in modelling custom, made-to-order specimens. Prices vary depending on the subject and ease of executing the core concept, but the results are sure to be satisfying! 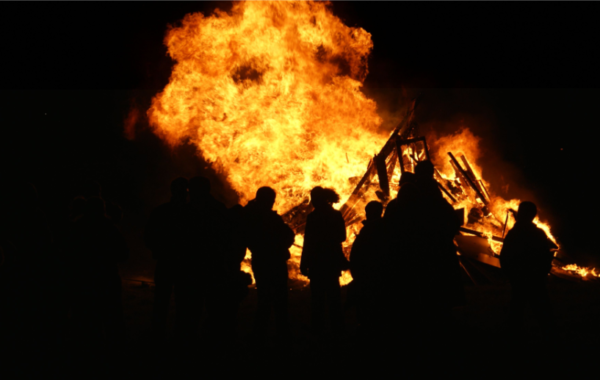 This tradition cannot help but evoke the myth of the phoenix, the magical bird which perishes magnificently in flames only to be reborn and rejuvenated from the ashes of its own death. The phoenix provides us with a potently optimistic metaphor for how the greatest transformations often happen: from destruction comes creation; from an ‘ending’ arises a new beginning. Like every year before it, we’ll look back on 2018 as a mixed bag of positive and negative aspects. There is a temptation to allow the demons of the past to haunt us forever, but the people of Panama have developed a cheerful tradition for moving on: think about what you didn’t like, laugh at its most comical element, and then condemn it to the fires of memory. In the spirit of the Panamanian people, I’d like top wish you a ‘prospero ano y felicidad siempre’ (a prosperous year and happiness always).

Under the Sea: The Wickedest City on Earth
Celebrating New Year with a bang!