Last month, we looked at some of the wide and varying Christmas traditions from around the world. To continue the theme, Endeavour now turns to New Year, and we’ve realised just how many countries celebrate this moment by making as much noise as humanly possible.

Anyone who has witnessed the fantastic fireworks display on the banks of the River Thames in London knows just how jaw-dropping celebrations can be for bidding farewell to the old and welcoming the new. For many families in the UK, it is a time for having a drink with loved ones and singing ‘Auld Lang Syne’, a Scottish poem written by Robert Burns in 1788, before using the leftover fireworks from Bonfire Night. 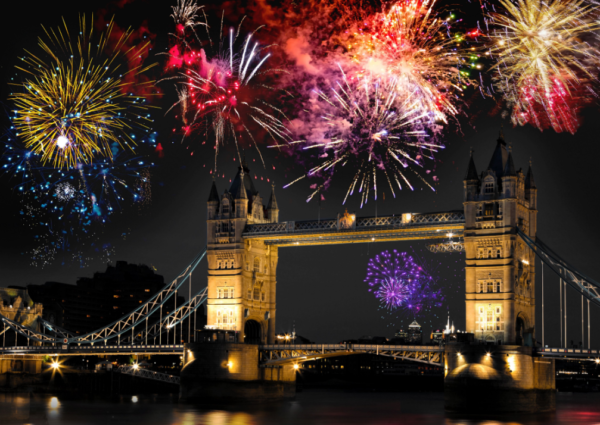 The use of noise seems to be a favourite in many countries to celebrate New Year, and perhaps this is all thanks to our ancestors. In ancient Thailand, guns were fired on the turn of the year to frighten off demons. In a similar way, the Chinese would set off firecrackers to keep the forces of darkness at bay. Early American colonists were known to fire pistols into the air too.

Today, you will find church bells pealing across Italy, drums beating throughout Switzerland and a cacophony of sirens and horns across America, bidding the old year farewell in style.

Of course, amongst all of this noise booming out across the world, you will hear the unmistakable sound of champagne corks popping, and drink plays a huge part of this celebration. In old Scotland, they traditionally drank spiced ‘hot pints’ to each other’s prosperity, offering this to neighbours along with a small gift. Wassail is a punch-like drink similar to this ‘hot pint’ whose name comes from the Gaelic for ‘good health’, and is served in some parts of England. In Holland, they often toast the New Year in with a hot spiced wine. 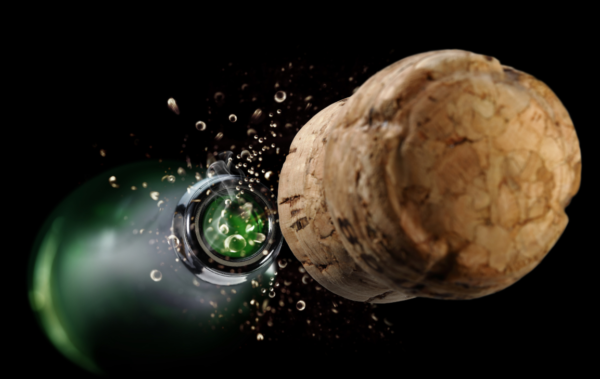 As always, where drink plays a big part in festivities, so does food, and New Year is no different. From Spain comes the strange tradition of eating 12 grapes at midnight, one for every chime of the clock. Hoppin’ John is a traditional Southern stew in the US, made from black-eyed peas and pork, served to represent good fortune. In some cultures, eating a ring-shaped treat symbolizes coming full circle, which leads to prosperity in the New Year. An example of this is the Dutch, who eat fritters called Olie Bollen. Other food-based traditions include pastries called bannocks eaten by the Irish, rice signaling prosperity being consumed in India and Pakistan, apples dipped in honey for Rosh Hashanah and, of course, the dropping of whipped cream on the floors of Swiss homes to signify the richness of the coming year. Of course, nobody wants to wipe this up, as that is seen as bad luck!

If you are averse to loud noises, copious food and alcohol, perhaps giving a gift is your preferred way to celebrate New Year. On New Year’s Day, the Romans once exchanged gilded nuts or coins, whilst the Persians gave eggs, their symbol of fertility, and early Egyptians traded earthenware flasks. In Scotland, a diverse range of gifts were exchanged to ensure good luck, including coal, silverware and shortbread.

No matter which food you consume, gifts you exchange or noise you make at New Year, the reason behind these worldwide celebrations is to bring the very best for the next 12 months. To this end, there are a number of customs and beliefs that have been passed down through the ages in cultures all over the globe. There are also a whole host of sayings and proverbs that are uttered at this time of year:

However you celebrate the New Year, it is a time for being thankful and looking ahead to the next year with optimism and happiness. Here is to a fruitful and productive 2019!

Cremation of Cares: A Panamanian Tradition
Winter customs around the world