Diesel has almost always remained in the shadow of petrol in the everyday family car. For a while, there was a trend for cars with diesel engines and turbos to win out over their petrol counterparts. The gas mileage was great, and because of the turbo some of the power that is usually lacking, was restored. However, then turbo technology and petrol engines became more powerful over time, they had better response and even in efficiency they became on par with diesel cars. Slowly but surely, it seems like diesel is being removed from all the usual suspects; well all except one. A truck with a diesel engine is one of the most powerful machines on the roads right now. It’s still the most prefered type of truck for people in certain haulage type businesses. Clearly, they must know what they’re doing if they still choose diesel over petrol despite all the modern technological developments.

Diesel inherently produces more torque in an engine. This is why many diesel engines don’t actually rev that high, as their maximum power is produced low down. Therefore the engine doesn’t have to work as hard either and since it’s staying away from high RPMs the fuel efficiency is great too. The 2019 Dodge Ram has an astonishing 1,000 feet-pounds of torque and it produces this at a mere 1,800 RPM. even more impressing is the pulling power. It can haul 35,100 pounds with a 7680 pound payload as well. Diesel trucks always have one party piece that you can rely on and that’s how much they can pull.

Diesel trucks are big beasts. They are long, wide and heavy. Mechanics love them because underneath the hood they are simple to understand. Another advantage is how much stronger the engine can be made by a great Diesel Repair Shop. Commonly, diesel trucks use 6.0 and 6.4L powerstroke engines. The repair shop can not only strengthen the cams, piston heads and driveshaft, but strengthen the EGR and head gaskets. The pressure can be better handled, contained and put down through the tyres. Diesel trucks are already pretty reliable but with a few extra tweaks you can make them almost bomb proof.

Great for off roading

Strap on some off roading tyres, set the truck to 4×4, select low gearing and you have yourself a very capable machine. If you want to drive through the woods, mud, desert sands and rocky roads, then a diesel truck with all that low down torque and an off road set up can take you wherever you want to go. There are even videos of drivers wading through rivers in their diesel trucks and driving off out the other side. For a truly versatile machine, there’s not much that can top an off road vehicle like a diesel truck.

Petrol might be the only choice car manufacturers are bringing out for their new cars. However for the loyal truck enthusiast and buyers, diesel powered engines are still the prefered option. They’re efficient, have huge power, can go off road and can haul just about anything. 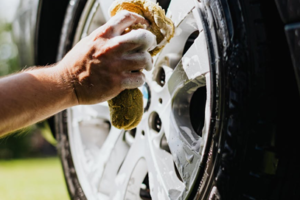 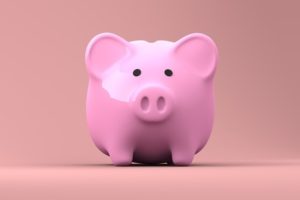