The link between asbestos and cancer was proven half a century ago, and yet this product is still in use. How is this possible? Unfortunately, industry pressure and heavy government lobbying (and yes, the Canadians) have led to this deadly material continuing to be mined and imported to this day.

Asbestos is a series of fibers that can be mined from the earth and have been used for thousands of years for various materials, construction, and insulating assistance. Asbestos is very resistant to heat, so it was commonly used as a layer in between the walls and floors during building construction. It also works well as an insulator anywhere that cold air could get in, such as windows or the cracks between tiles.

And, it can also kill you if inhaled too often, so avoid it like the plague.

Some of the places and spaces where asbestos might be present include:

Why Is Asbestos so Dangerous?

As the material contains many tiny fibers that can easily detach and float into the air, asbestos exposure can lead to you inhaling these particles. Asbestos particles are so small that they enter parts of the lungs and cause a serious type of cancer called mesothelioma. Mesothelioma is the cancer of the tissue that lines the lungs, heart, or abdomen. This is not an easily treatable disease.

Although used since the Stone Age, the link between asbestos and untimely death was only recently revealed. The first federal action regarding asbestos was taken in 1971 when the Environmental Protection Agency (EPA) released guidelines warning the public of the dangers of asbestos. Yet, 50 years later, asbestos is still not banned. Why?

Unfortunately, the answer to why asbestos is still super prevalent today is politics and money.

In 1989, the EPA introduced a measure to restrict asbestos by over 90 percent, through the banning of the material in certain products and substances. The lag time between the 1971 warning and this restriction can be largely attributed to enormous political maneuvering and stalling by Congress.

The pressure brought upon the government to keep this industry alive was delivered by lobbyists from industries using asbestos and pressure from Canada, which at the time imported 95% of the asbestos used by the United States.

Doubly unfortunate, the long-awaited 1989 regulation didn’t last long. It was struck down by a federal court ruling just two years later, with the president at the time, George H.W. Bush, choosing not to appeal the decision. Further attempts to impose regulations through Congress were attempted with varying degrees of success in 2002 and 2007, but the result remains the same. Asbestos is still not banned in the US.

Despite its dangers, the practical benefits of asbestos as an insulator have proven too tempting for companies to put the research and development investment into finding another solution. Instead, the relative costs of lobbying and political action committee donations prove much cheaper than finding a replacement material that can be so widely used.

According to a 2018 Harvard University assessment, under the current US administration, the EPA will not consider asbestos exposure in such obvious places as drinking water, the air, or on the ground, only direct exposure.

So, given the slow, or even backward movement towards restriction in the US, it is safe to assume that asbestos is not going to be properly regulated here anytime soon. However, that doesn’t mean that victims of mesothelioma have no options for recourse.

Due to the overwhelming scientific consensus that any amount of asbestos exposure is dangerous, 50 nations have banned the material entirely. The US is not one of them. Nevertheless, direct exposure to asbestos in a working environment does give victims some legal options for compensation. In the wake of world-wide asbestos exposure, specialized legal support is being provided for mesothelioma cancer victims. 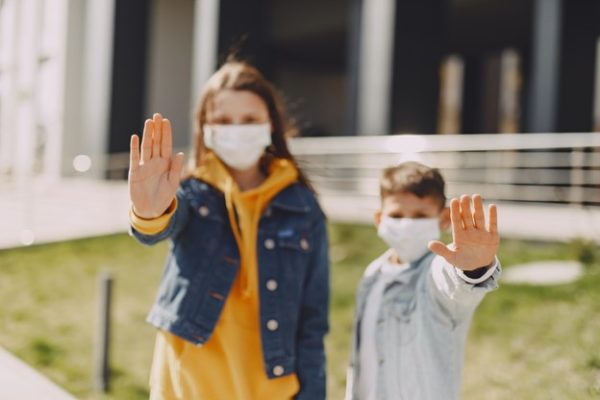 How to Save Money in Daily Life
How to Stay Healthy and Well When Working from Home: The Self-Care Guide