6 Essential Things Your Business Needs To Survive And Thrive!

You’re not sure whether you want to hire an iOS developer or an Android one? Sometimes it is difficult to decide whether your mobile app should be available on iOS or Android. We get it: that’s why we made a complete Android vs. iOS comparison for you.

So without further adieu, let’s get straight to the:

Android vs. iOS: which one to choose for app development

Now there can’t really be any simple answers here. We wish we could tell you that one of them is undoubtedly the best solution, but it’s not that easy. So instead, let’s go through some of the cons and pros of each.

So how does Android development feel so effortless? The main reason is that the platform mainly relies on Java. And those who are familiar with Java know: it’s a highly adaptable programming language that is supported on all the major OS-s, including Windows, Linux, and Mac OS.

This might not be a relevant point for you as an employer, but it surely will be for your developer. Android is pretty easy to learn because there are hundreds of useful learning resources out there.

The main one, of course, is the knowledge base offered by Google itself that helps beginners get into Android development with the help of interactive materials, exercises, and different training programs.

Also, Android has a huge community online, so in case your developer gets stuck, he can easily find help from other fellow developers.

We know that the main goal for you is probably developing an Android app for smartphones. However, one of the good things about Android development is that you can easily go beyond smartphones and extend the usage of your app for a broader range of devices.

It can run on Cardboard VR headsets, Daydream, Android Auto, and many other platforms. In other words, Android gives so much flexibility that you can integrate your app to people’s TVs, cars, or smartwatches, taking the game to the next level.

Now, let’s take a quick look at the:

Why is iOS so popular, and why do most companies choose iOS over Android? The main reason is performance. If you ever played an Apple game or interacted with iOS apps somehow, you know for sure what we mean: they perform exceptionally well.

On top of it, iOS development is fast, secure, and easy to figure out, so it’s a go-to for most developers.

Another significant advantage of iOS is the UI/UX. Apple helps its developers to create an intuitive interface for the apps by providing very detailed guidelines and recommendations.

Although some might look at it as a disadvantage because it puts restrictions and maybe limits creativity, it usually works out pretty well, ensuring a perfect UI/UX experience for the app users.

Creating for the entire Apple ecosystem

Like with Android, when you develop an iOS app, you can adjust it so that it works for many devices of the Apple ecosystem. So, in a way, both Android and iOS share this advantage.

Demanding requirements of app release: Apple is pretty strict in letting the apps be released: you should follow a list of their rules, and even if you do, you might still be rejected for some reason.

Not much freedom: As we’ve mentioned, iOS has specific UI/UX guidelines that you should follow. This makes it difficult to customize the interface of your app.

So, what’s the final verdict?

We’re sorry to tell you, but there’s none.

There are certain things in life that you should figure out yourself, and choosing between Android and iOS development is one of these things. But at least you know now their main advantages and flows. So, good luck! 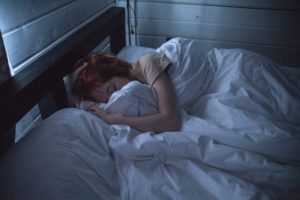 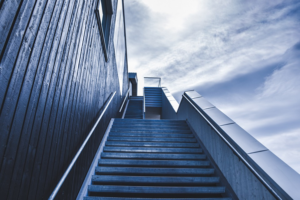 6 Essential Things Your Business Needs To Survive And Thrive! 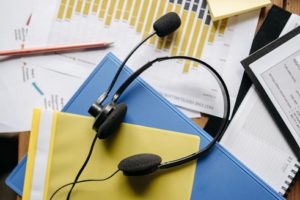