Getting and keeping a band together is a hard task. Nearly everyone has, at one point in their lives, been involved in a band and the reason for those bands breaking up is almost always the same; not being able to get together enough to practice. While some bands see this as an issue, others see it as an opportunity and Vices and Adulation, a female vocalist goth-rock band have proved, with significant results, that today’s music scene is really all about putting down the music. Wherever you are. 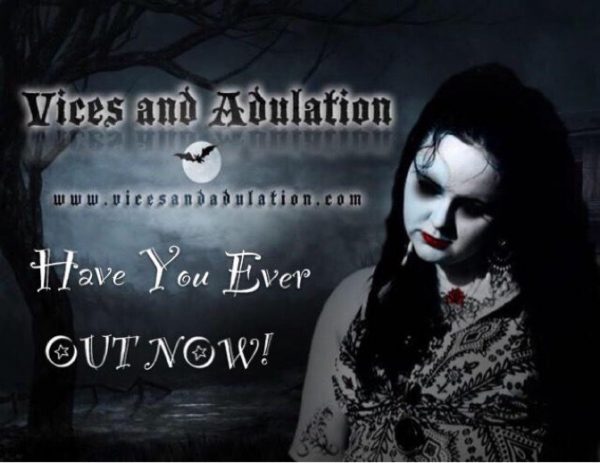 Meeting the female vocal talent and the voice of the band Lucy-May on Twitter, I couldn’t help but be caught up in the swell of interest that the band has. Diehard fans spend hours engaging with them online, which only represents a snippet of the time that Lucy-May, guitarist Fabian and drummer NAME devote to communicating with their fans. While so many bands lag behind in the use of the Internet to promote themselves, Vices and Adulation are in a position to make full use of it to just put the music together. In fact, the Internet could be responsible for the band getting together in the first place.

While her husband and co-band member commented in the background, Lucy-May went on to explain that Fabian, her husband, was a five year world champion at 8 finger guitar tapping and considering that she was a singer/song-writer they would have been remiss to not have a go at putting a band together. Then, while Fabian was playing in Philidelphia he met the man who would become their drummer.

Fans who do not know this may be surprised to learn that several of the band members are separated by thousands of miles of water and hardly ever meet each other. They’d be even moresurprised by the fact that Fabian is in the RAF and isn’t allowed to perform at public events, further eliminating any live performances. Vices and Adulation gig performances fall solely upon the shoulders of Lucy-May, who sings with a backing track of the guitar and drum parts.

This has meant that the music has to be of a high enough quality to both impress and satisfy their millions of fans. I asked Lucy-May how long it took them to put together a song and was genuinely surprised with the answer,

“It takes a little over a week,” she says, “I’ve been writing songs since I was seventeen and have over a hundred that are ready to go. Fabian and I work out the melody, I record the vocals and he puts down several layers of guitar work over it. Then, using Dropbox, we send it over the drummer and he puts down the drumming beat. Sometimes the order is different, depending on what we’re looking for but it usually takes about eight days in total.”

Once a song is ready, what follows is the exhaustive promotion, which is something that the band does entirely by themselves. A great product will often carry itself; as long as it’s positioned in the right places and you’ll be able to find Vices and Adulation on all the major social media networks including Twitter, Facebook and Google Plus and iTunes

Lucy-May has become the band’s primary PR conduit and has learnt the key ingredients for generating the most online interest. Despite no official training in digital marketing, this ex-hydraulic engineer has relied on her intelligence and her passion to get the most out of it. If anything, Lucy-May can be described as equally fierce in her smarts as her heart and is someone who has to give her everything to anything she puts her hand to. 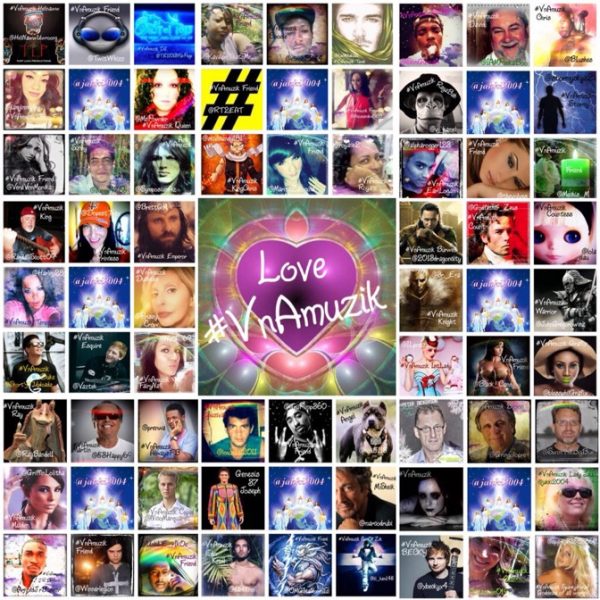 Having been a bit of a mathematical prodigy Lucy-May only ever commits herself to projects that have been stimulating and challenging. Hydraulic engineering struck a chord with her because of the diversity of the job add, but not one that has resonated as much as being a lead singer for a heavy goth rock band, “I am all about passion,” she says, “If I love doing something I will do it all the time.”

And she means this literally. As this is her profession, she can be found on Twitter in the early hours of the morning replying and communicating with fans. Their presence on Twitter is very solid with just under a million followers (they did have over a million but their account was the target of a hack). When it comes to getting their music out there, there is one site that is a clear favourite,

“ReverbNation,” she says, “is the most useful site for musicians because professional musicians and people with a real interest and passion for music can be found on there.”

Along with bands who don’t continue because they can’t practice together, there is another category of musicians who are talented performers, but don’t want to put their music online because they’re afraid of the dreaded commentary. “Whenever you put something out on the Internet for the world to see you open yourself up to criticism from the public,” Lucy-May explains, “But you have to do that if you want to grow. You also have to learn to appreciate the constructive criticism and ignore the comments of people just trying to be mean.”

“It is a shame that there are people who have nothing better to do with their time than troll the Internet looking for opportunities to be cruel or derogatory, but once you learn to differentiate these unimportant trolls from the fans offering constructive opinions, you give yourself the opportunity to improve.”

“This is very important,” Lucy-May emphasises, “When fans offer a critique, it needs to be listened to because they’re the ones who help make our music great.”

As far as trolls are concerned and people being mean, Lucy-May’s approach is simply to overlook them as the unimportant attention seekers that they are.

Last year Vices and Adulation won the Akademia award, were at #1 for 20 weeks on the UK reverb charts and won the UK Crown’s Award.

This year, Vices and Adulation have been asked to write a song for Ben Hooper, the man behind Swim The Big Blue, who is planning to swim across the Atlantic. Departing in November 2015 in Dakar Harbour, Senegal and arriving in January 2016 in Natal, North-East Brazil it will be a swim of some 1731 miles (as the crow flies) of open water in the ocean. (www.swimthebigblue.com) 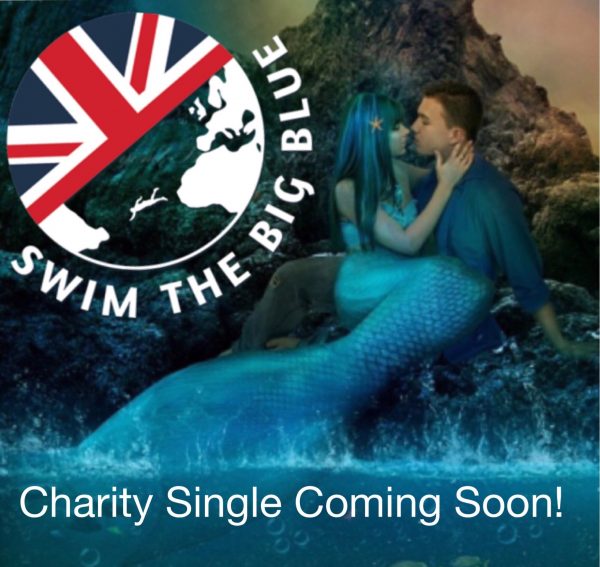 “It is an incredible challenge,” Lucy-May says, “He contacted me and asked if I would be up for it and I said yes straight away. We’re currently putting the words together for the song now. He’s fallen in love with the sea and that’s the angle I’ve taken,”

WHAT IS THE MOST IMPORTANT THING FOR BANDS TO DO, TO BE RECOGNISED?

She adds, “Remember, your fans are the ones wanting you to succeed. They’re the ones listening to your music. They’re why you do this.”