Endeavour Magazine has spoken to the talented team at Guyana Goldfields before, but we wanted to return to see if everything we expected of them has been realised. With excellent year-end results for 12015 now published, we were pleased to see that we weren’t wrong and that all that glitters really is gold for this extraordinary organisation. 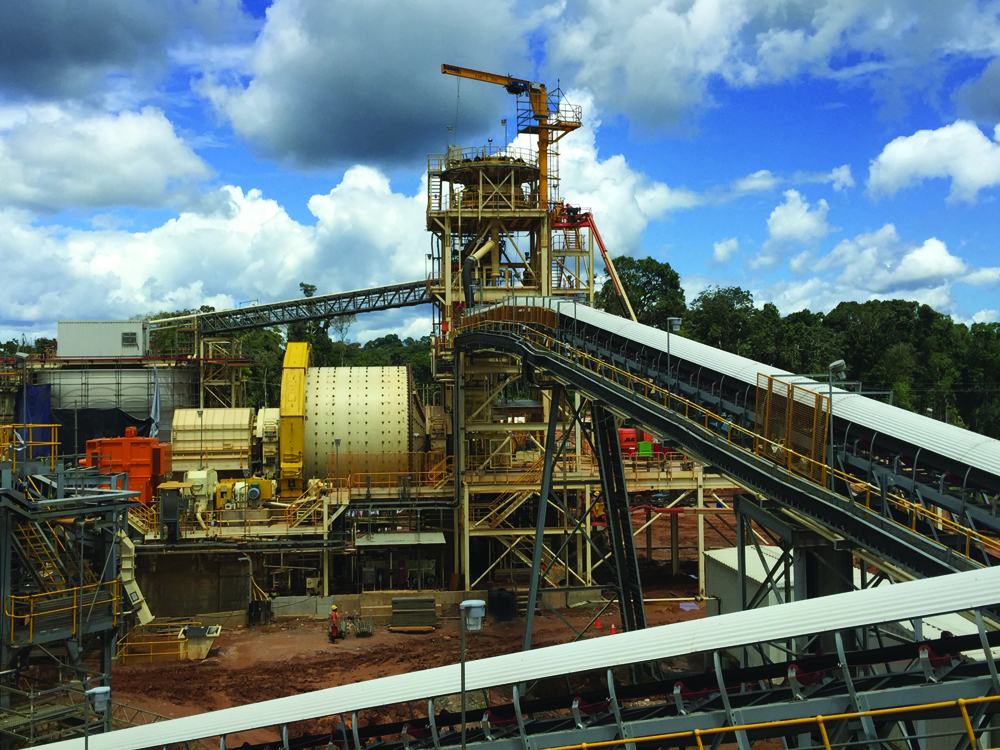 If you don’t remember Guyana Goldfields (GG) from our previous article then shame on you, as this Canadian-based mineral exploration company is head and shoulders above its nearest competitors. Focusing their attentions of Guyana, in South America, the main directives of the company if to source, explore and develop countless gold deposits and they have been busy!

Still considered to be an emerging producer, GG have enjoyed fantastic success with their flagship gold mine, called Aurora, which announced significant first gold production in August 2015. Don’t let the ‘emerging’ tag fool you into thinking that this is a fledgling operation though, as GG have been operating continuously, responsibly and sustainably in Guyana since 1996.

You hear the words gold production and automatically, outdated images of the gold rush and clambering greed enter your mind, but you have to dispel these stereotypical notions, as not all operations are built and run equally. In fact, some have a far better grasp on social responsibility and caring for surrounding communities than you might expect. GG is exceptionally proud of how much they seek to reach out,

It’s really not just a case of grab the money and run for GG, as there is a sense of stewardship that naturally pours out of every facet of this forward thinking and progressive company.

“Proactive, healthy interaction with the communities impacted by the Company’s exploration and development programmes is an important part of the long-term investment strategy for Guyana. Though early stages of airborne exploration have a minimal impact on communities, this changes once targets are identified and evaluation and development programmes are implemented. The Company recognises that from the inception of the programme, and as the project progresses, it will be important to communicate and interact proactively with any community and role player that may be affected by its programmes and inform and obtain buy-in with any stakeholders that may be impacted by exploration, evaluation and development.”

While it’s become increasingly common for large organisations to understand how valuable a sense of community is, it is still relatively rare for this to translate into anything other than nice speeches and website manifestos. The fact that GG are proactive in their desire to consistently minimise the impact they have on established communities really sets them apart from many others in their industry.

While being the ‘nice guy’ would, in an ideal world, automatically grant organisations all the success that they desire, it is still so often the case that the more ruthless and uncaring conglomerates still enjoy the lion share of profits, in every industry, but we are delighted to announce that GG has not suffered at all for its innate desire to take care of surrounding communities, alongside its own interests. The year-end 2015 figures are proof of this and really demonstrate the special nature of this company, given that,

“Prior to implementing any drilling, evaluation and other such programs, the Company will endeavor to identify the impact of the proposed activities and determine how to best manage them to minimise negative impacts and maximise potential benefits at affected communities.”

Are we finally seeing a new era of business? Can responsible, thoughtful operations still enjoy good profit margins and longevity? It would appear so! Having produced a staggering 35,901oz of gold, 28,850oz were sold, generating the company $31m in revenue, equating to $0.13 of earnings, per share. While this might sound terrifically impressive, GG is keen to explain that 2016 is expected to yield much better results,

“The Company does not believe that the 2015 financial information is representative of expected results to be achieved in 2016, as optimal operating performance has not been achieved.  Operating costs are higher in the four-month ramp up period as GGI transitioned from development to commercial production.  As such, the processing facility had not yet consistently attained its design capacity of milling 5,000 tpd, and the Company expects improvements to mining, processing and G&A costs to be realised in 2016.  In addition, gold sales were made substantially in November and December 2015. Extensive costs were incurred in September and October for commissioning and start-up operations.”

Far from making excuses, it seems as though the management team at GG has a firm and experienced hand on the tiller that is ready to make investments into improved machinery to allow for maximum productivity and uninterrupted operation,

With the Aurora mine boasting a total gold resource of 6.54 million ounces, in the measured and indicated categories, plus a further 1.82 million ounces in the inferred category, there can be no doubting that GG is prepared to ramp up their exploration and production efforts, with informed investments forming a major part of the plan. What we think is fantastic, however, is that all of this will be achieved without causing any harm or concern to the surrounding communities. How’s that for the nice guys not finishing last anymore? GG is one of the most compassionate organisations in operation and they are very much coming out on top.

Infinity Industrial Park. To infinity and beyond
Cambodia Constructors Association. Building the future, together.