First things first, Happy New Year from myself and the team here at Endeavour Magazine. After a 2016 which might best be described as memorable, now comes the opportunity for all of us to wipe the slate clean and start afresh.

Whether your 2017 will be a year of new beginnings, or instead a year to build upon the success of the one before, undoubtedly it will be a year of great change. The rule book has been well and truly torn up and the status quo toppled, and inevitably this will create ripples for global business – the size and scale of which are yet unknown.

Of course, there is every reason to be optimistic about the coming 12-months. While change, in the form of political earthquakes, might be painful, it helps to shake-off the complacency and deadwood which accumulates – a view shared by Murray Williams, the CEO of South African fleet management giant, Eqstra Fleet Management, which we had the pleasure of featuring once more in this month’s magazine.

Alongside Eqstra Fleet, this month’s issue of Endeavour Magazine also caught up with the likes of Norwegian hydropower operators, Helgeland & Kraft, who have successfully blended power generation with striking aesthetics; Barbados Port In., which over the past decade has made the painstaking transition from a second-rate port operator into a global-level player, and arguably the best in the Caribbean. And then there is Ashnil Hotels and Marasa Africa, whom we featured as part of a focus on the East African tourism sector – these two thrilling companies are rightfully recognised as leaders in their field, when it comes to the delivery of luxury safari holidays.

And let’s not forget Shanghai Tunnel Engineering Co., which is currently engaged in a vast metro build project under the bustling streets of Singapore, and C.O. Williams Construction of Barbados, and Nexus Group of Namibia.

As always, we hope you enjoy reading this month’s issue as we enjoyed making it. 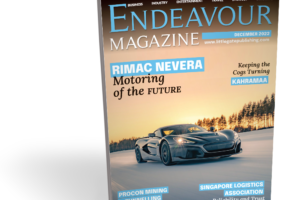 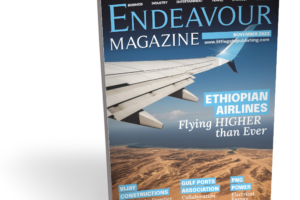 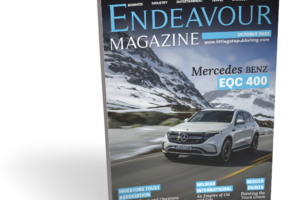