From the time the first wind mills appeared in China, harnessing the energy provided by this natural phenomenon has been an important resource for the human race. Now, wind power has become a fantastic source of generating electricity due to the constantly changing gusts, gales and breezes we experience each day, being converted by an army of gigantic turbines.

German physicist Albert Betz discovered the theory of wind energy in 1919, realizing that it would be a pollution-free solution. It is then no coincidence that Germany lead the way in the amount of wind energy produced per year. However, Albert would never have dreamed of the towering turbines that have become a permanent feature of many horizons across the world, some of which are up to 200 metres tall, with blades that move at a speed of up to 200mph. Neither would he have imagined that some countries would utilize wind energy to supply up to 20% of their electricity requirements.

When it comes to the best location to harness this natural power, vast prairies are top of the list just because of the constant winds they experience. This is also why offshore wind farms have become more widespread, making use of the gusts that batter the coasts of many countries. 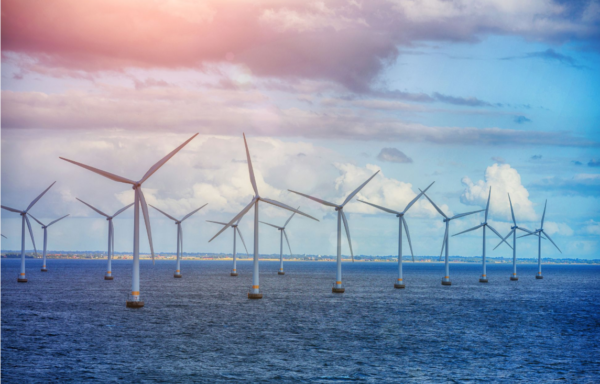 Gansu Wind Farm in China used to be the largest in the world, generating nearly 7,900MW, which could power a small country. Following the release of information that over 1 million people had died in China from airborne toxins alone, wind turbines are becoming a more common site across the vast landscape in an attempt to reduce pollution.

In India, the Muppandal Wind Farm has 3,000 turbines producing 1,500MW of power. This was built in an attempt to reduce their reliance on fossil fuels, which has been noted by many other countries as a possible solution to this significant problem.

Roscoe Wind Farm in Texas covers 100,000 acres of land and took four phases to complete. Texas alone produces more energy from wind than most of the other US States combined, due to the vast open prairies that dominate the land. Texas is also home to the Horse Hollow Wind Energy Center, another huge operation.

When it comes to offshore wind farms, both the London Array off the UK coast and the Gemini Farm in the Netherlands are impressive sights to behold, with the massive turbines rising from the sea resembling some alternative version of Poseidon’s Trident. There are more problems in building offshore farms naturally, with the varying height of the sea bed and ensuring that all turbines are connected to the shore.

However, when it comes to the largest wind farm in the world, that honour now goes to the Walney Project, which was fully completed in September 2018. Twice the size of Manhattan, and bigger than San Francisco, the Walney farm consists of phase 1, phase 2 and now the Extension.  Residing in the Irish Sea 9 miles off the coast of the UK, the farm has over 130 turbines creating 1,000MW of power and took 8 years to complete, covering an area of approximately 73 square kilometres. Walney generates enough electricity to power 600,000 homes.

Wind energy is no longer just a gimmick or a novel way to generate power. The sheer number of turbines appearing across the world is testament to that. With wind power now the largest source of renewable energy in Europe, the turbine titans you see waving on the horizon look set to stay for the foreseeable future. 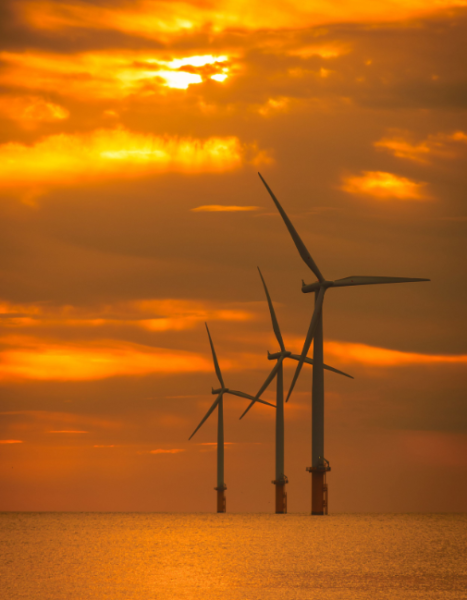