In Northern Australia, a fearsome predator lurks beneath the water. Growing up to 23ft in length and weighing in at a mighty 2,600lb, this is certainly not a beast to be messed with. That’s right – it’s the salt water crocodile. Infamously known to be the largest of the Earth’s reptiles and notorious for their high levels of aggression as a major apex predator, whilst these creatures strike terror into the hearts of many, one can’t help but revere them as a magnificent monster within the animal kingdom. 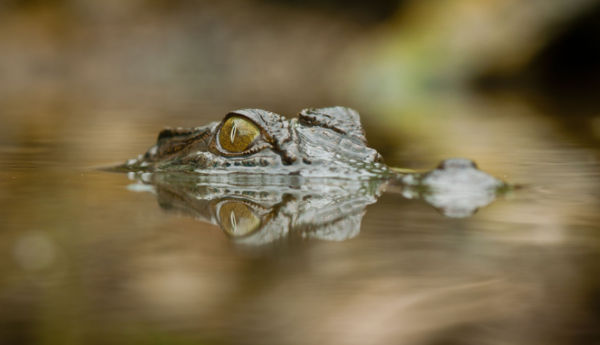 Salt water crocodiles, aka ‘salties’, are currently prospering in the wild of North Australia, and can also be found frequenting the swamps, estuaries and lagoons of South East Asia and Eastern India. Their name (like their cunning hunting techniques) is actually quite deceptive, as they in fact choose to live in a habitat of fresh water. As of 2019, approximately 100,000-200,000 salties are now confirmed to be thriving, but unfortunately this did not used to be the case…

Crocodiles terrify many, and this tends to be justified. Alongside being aesthetically scary, they are commonly known for attacks on humans. There are many accounts of men, woman, and children being ruthlessly ripped apart limb from limb by the salties. These occurrences and the general threat to human settlements has led many to bring it upon themselves to deal with the situation on their own terms. To control the population of salties, unregulated hunting was allowed in excess. Due to the financial value of crocodiles, trophy hunters launched frenzied attacks on the crocodiles to seek fortune and fame, and by the late 1960’s, the rife levels of hunting had almost wiped the crocs out completely.

Thankfully, the salties are now considered to be at a low risk compared to their plight in the 1960’s. The IUCN Red List of Threatened Species defines itself as the most comprehensive, objective global approach for evaluating the conservation status of plants and animals. Salties hold the IUCN’s lowest rating, LC (Least Concern).

But how did such a dramatic turnaround happen in such a short space of time? Other than the ban on hunting in 1970, one factor of this tremendous feat can be attributed to the commercialization of the croc. People who lived in areas surrounding the habitat of salt water crocodiles needed an incentive to tolerate them. Otherwise, why would they want to live alongside such a dangerous creature? Well now they had their reason – money. Salties were already a valuable commodity, but trophy hunters could no longer run rampant like they did in the first half of the 20th century.

The salt water crocodiles have since been left to prosper in the wild, but nowadays a small amount of eggs are removed from them and taken to farm. They are then placed into incubators, hatched, and raised for slaughter. The salties become meat for human consumption, trinkets and various souvenirs. Farmers earn a mean profit from their exploits, as the leather that is fashioned from a crocodiles hide is worth 30 times the amount of leather from a cow. Many high-end fashion designers such as Dolce & Gabbana, Gucci and Louis Vuitton produce garments and fashion accessories from the salties’ hides.

In December 2018, the late Karl Lagerfeld of Chanel made the decision to ban exotic animal pelts from the brand, including crocodile leather. The world is becoming increasingly more aware of its influence on the environment, including the well-being of animals, and Lagerfeld’s sentiment echoes that of many pressure groups who are now looking to rectify the injustice and abuse enacted on the animals of the Earth – whether they are endangered or not.

All is not rosy for the salties that escape the fate of those that are farmed. Despite the best efforts of local authorities, illegal hunting still occurs. Their rapidly rising numbers have once again led to calls for hunters to cull the population to avoid attacks on humans. Habitat loss also have also taken a toll on the wild populous, due to their land being re-purposed for agricultural means. Some fear that if these issues are not rectified, then it could lead the way for a repeat of the near extinction that happened to the salties in the 1960’s. 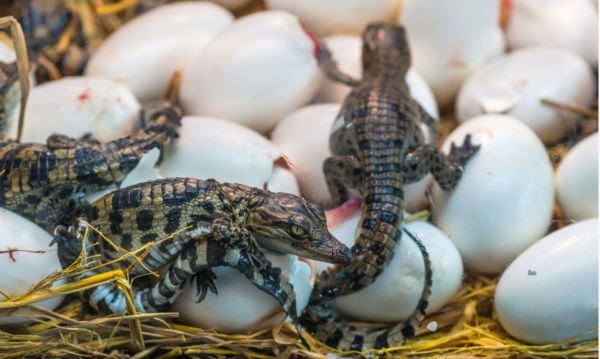 For now, the salt water crocodiles of North Australia remain relatively safe. Such a remarkable turnaround in numbers over the past 50 years has raised many an eyebrow amongst the conservationist sphere. The divisive conservation efforts of monetizing the creature has led to improved relations between humans and salties that share land.

The salt water crocodiles are now a $100m industry for the Australian economy. Other species of crocodiles across the world are more threatened than the salties, so other countries may want to take note from the Aussie’s efforts. Despite the controversial (and arguably unethical) nature of their conservation, some have suggested that this framework be applied to other dwindling species. One of these is another might apex predator – the tiger. Currently, tigers number fewer than 4,000 across the wild as of 2019, a similar figure to the amount of salties left remaining in the wild in the late ‘60’s. This begs the question: is this unorthodox approach the future model of successful conservation, or should we find alternative ways to save species facing extinction?

The catacombs of Paris
The Winds of Change