The prospect of buying a car and getting out on the road is an exciting one – but with such a large and important purchase it’s important to not get swept up and make sure you’re getting a good deal.

More of us buy used cars then new ones, and car dealerships such as Unbeatablecar are safer than buying privately as you’re legally protected by the Consumer Rights Act. In short, this legislation means that a dealer must properly prepare a car before sale.

Whether you’re buying a used car privately or from a dealership, here are some of the top questions you can ask to put yourself in the driving seat.

Can I Drive it Home?

If the answer is yes, the car is classed as roadworthy. The seller should be able to produce a valid MoT certificate for this to be true – if it is later found to be unroadworthy, your sales contract has been breached as the car has not been ‘sold as described’.

Bear in mind that you’ll need to arrange road tax and insurance cover before you can legally drive a car home.

Does it Have Service History?

While not all older cars will have it, it’s worth asking to see a car’s service book as it will tell you how well a car has been cared for.

If your used car is still within the manufacturers warranty period, it should have been serviced regularly at an official workshop. If you are interested in an older car, a maintenance history could be as simple as receipts for oil and spare parts.

Does it Have Unpaid Finance?

Dealers and private sellers are committing an offence if they knowingly sell a car with outstanding finance. This means the car isn’t wholly owned by the seller and they’re not legally entitled to sell it, and any unpaid debt could be seized from you instead.

A vehicle history check will tell you whether the car has ever been recorded as stolen, declared an insurance write-off or if it has unpaid finance against it.

Has the Car Ever Been in a Crash?

Bumps and scrapes happen all the time, and most are nothing to worry about as long as a car has been repaired to a good standard. If a repair is noticeable however it can impact resale value if you do plan to sell it on again later down the line.

Try to look out for:

Now that you know some important things to ask, you can buy your dream used car with more confidence that it will prove to be a good investment. 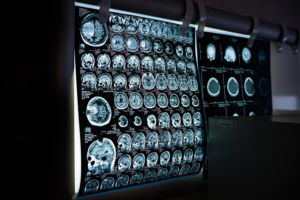 Why Buying a Second-Hand Car Beats Buying New
Which Estate Agent Is The Right One?