Tesla, Inc., headed by visionary CEO Elon Musk, is an increasingly major household name. Whether or not you own a Tesla product, you are almost guaranteed to be aware of the company’s work in clean solar energy, lithium-ion batteries for green energy storage, and of course, electric vehicles (EVs). One of Musk’s other ambitious companies, Space X, recently tested a Falcon Heavy space rocket by infamously launching one of Tesla’s EVs into space, yet these incredible vehicles themselves are driving an exciting conversation.

Whilst the notion of electric cars has been knocked around and largely overlooked for decades, Tesla has brought the technology into the limelight. Although many other automotive companies produce EVs (especially lately), their popularity and their reputation as a viable and relevant alternative to the petrol or diesel cars is thanks to the work of Tesla Inc. With their slick, luxurious and yet practical designs, Tesla has turned the EV into something that is both green, exciting and desirably fashionable – something that would have seemed far-fetched when EVs were in the overlooked minority.

Even so, it is still tempting, when thinking about EVs, to assume that long distance travel would be problematic or impractical due to the need for charge points. This issue of charging has long been a stopping point for consumers – whilst a green alternative is desirable, no one wants to commit to a car they can’t drive with peace of mind. Tesla agrees! In fact, it agrees so much that it has next to eradicated the problem, with the introduction and rising numbers of its Supercharger stations.

The average charge time for Teslas on long distance journeys in Europe is only 30 minutes, with each charge adding up to 170 miles of range. According to Tesla, most owners of EV cars charge their vehicles at home or whilst they’re at work, but that isn’t guaranteed to be enough for those longer journeys – especially long drives through Europe that cross country borders. To enjoy taking your Tesla on a luxurious trip and really revel in that superior driving experience and guilt-free zero emissions, one also needs to be confident that your battery won’t be caught short. Ever-innovative Tesla have their customers covered; continued investment in driver convenience has seen the company’s network of Supercharger stations pass the 400 mark across Europe – that’s over 3,200 Superchargers in total. On average last year, Tesla added eight new locations in Europe a month, opening an average of 20 new Superchargers a week – and they’re still going!

Whilst Supercharger stations are still less common as petrol stations, they are increasingly easy to find, and are made even more convenient through Tesla’s Supercharger map and Go Anywhere Trip Planner. EV cars also have several advantages. Firstly, as they can charge at home and at work, there’s no need to worry about refuelling whilst you’re trying to crack on with your daily commutes.  Secondly, Tesla’s vehicles are able to charge at non-Tesla charge stations, thus greatly expanding their customers’ support network. However, this hasn’t slowed their commitment to growing their own locations; they are placed on major roads along all well-travelled routes throughout Europe to enable convenient, easy to plan travel.

Superchargers were introduced to Europe five years ago, the first location appearing in Norway in 2013. That year, the European network of Superchargers covered five countries; today, the stations appear in 23. The full network now extends from Norway, Sweden, Finland and Scotland in the UK to Spain, Portugal, Italy and Croatia in the South.

Thanks to increasing ownership of Tesla cars throughout Europe, the size of their Supercharger locations has also been on the rise. The latest stations to be built have been significantly larger to meet this growing demand – for example, the new station in the Netherlands holds 28 Superchargers, and the latest in Norway holds 34. Existing locations have also had their capacity increased. These 400 European locations would allow Tesla owners to drive anywhere across the continent with ease if they so wished – and they are! The company’s data shows that the network enabled almost 70,000 cross-border trips last year, and a high proportions of charger use in many European countries has been to fuel vehicles from abroad. For example, in France and Italy, 2/5 of charges come from outside of the country, and in Germany and Sweden this figure is 1/3. To look at the data from the other direction, around 3/4 of Belgian and Austrian Tesla owners Supercharged abroad last year. This level of interconnectivity reflects the European way of life, the European way to travel, and, now, the Tesla way.

In fact, whilst talking about just how much clean travel Tesla is involved in, it’s worth mentioning that in total, their Supercharges have facilitated 528 million electric miles across Europe alone. That’s the equivalent of over 1,100 trips to the moon and back, 15 trips from Earth to Mars or 21,000 times around the world! Take customers from the US and the rest of the world into account, and this figure would be even higher.

All of these electric miles equal miles that would otherwise have been driven in petrol or diesel cars. The increase in Superchargers allows EVs to finally become a staple of life that pose a real alternative to unsustainable fuel options. In fact, in Europe alone, Supercharging miles have saved 92 million litres of fuel and off-set over 200,000 tonnes of CO2. All directly acquired energy for Europe’s Supercharger network is provided by clean energy sources such as solar and wind, and despite the majority of charging taking place at home, last month a new charging session was started at a Supercharger in Europe every ten seconds. If owners combined this with green power sources for their electricity at home, this is a huge opportunity to cut down on their carbon footprint.

With every new Supercharger, the EV revolution takes a stronger hold, and it’s only going to keep taking firmer root. Future plans show Superchargers expanding into new countries, allowing Tesla owners to travel even further afield. You can use Tesla’s Supercharger map and Go Anywhere Trip Planner to see where you could go! 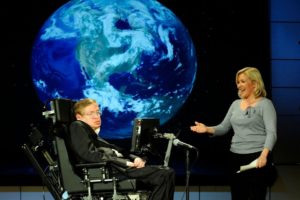 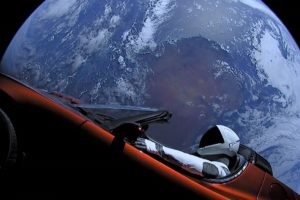