Statistics have always been a part of sports. For the mathematically minded, statistics have been a fun way to take the game beyond the playing field. They have helped to make the games more accessible to non-athletes, as there was still an opportunity for expertise in sports by analyzing the data.

Someone who looked at the numbers might not be able to tell you how Tony Gwynn was able to hit so well, but they could tell you exactly how well he hit. They could also tell you how his hitting ability stacked up against other historically great ballplayers.

While looking at the stats was fun, there weren’t many careers available in the field. It wasn’t until the last twenty years where sports statistics were more about the collection of data than putting that data to use. Now, with the rise of analytics, there are many jobs available in the sports statistics industry, and statistical analysts are in high demand as teams try to use their skills to improve their ballclubs.

Probably the two most well-known names in sports analytics are Bill James and Billy Beane. James is known for essentially being the creator of the concept, and Beane is known for being the guy to finally put the tools to use on a large scale.

The fame of both men spread beyond the sporting world and into popular culture after the release of the 2011 film Moneyball. The film told the story of Oakland Athletics general manager Billy Beane, using the ideas developed by James to make a low-budget team competitive against the big guys.

The Rise of Analytics

Despite analytics being commonly used in business since the 1950s and the theory behind sports analytics being around since the late ’70s, it wasn’t until Beane adopted the practice in the early 2000s that analytics really began to be implemented in the sporting world. The year after Beane starting putting theory into practice, the Red Sox hired Bill James to help them take advantage of the tools that Beane was using.

James was hired by Boston in 2003, and in 2004 the Red Sox snapped their 86 year slump of failing to win the World Series. From there, analytics continued to grow, not just in baseball but across all sports. More and more teams began to look closer at the numbers and, more importantly, the numbers behind the numbers.

Teams began to really look at which statistics were overvalued and which were undervalued. They looked at what other statistical models could be created to properly evaluate a player or a team and base decisions on that data.

Many teams were reluctant to adopt analytics into the way they ran their clubs. Old school managers and general managers felt that they already had a firm grasp of how to build winning ballclubs and that they didn’t need outsiders coming in and trying to tell them that they had it all wrong.

However, the benefits to teams using analytics were soon undeniable, and the tools it provided were eventually embraced on some level by every professional sports organization.

The steep rise in the need for proper statistical analysis signaled a boom in the industry. Suddenly, there was a high demand for people who could help to analyze the available data and, through that analysis, help teams to improve. While most teams now have an analytics department, that department is generally too small to fully gather and interpret all of the information a team needs, so they are outsourcing a lot of the work.

Many companies have either sprung up from nowhere or gone from tiny fringe companies to the mainstream. These companies offer all sorts of data gathering and analysis. Teams and others able to afford their services can use things like a live data scout tool to help them improve.

Because of the big boom in the need for analytics, there has been a high increase in the demand for analytics professionals. For all of the kids out there who knew they couldn’t make it as an athlete but dreamt of a job in sports, a new possible career path has opened in the industry. Now is the perfect time to get in as the industry is still in the midst of a boom, and there are many positions available. 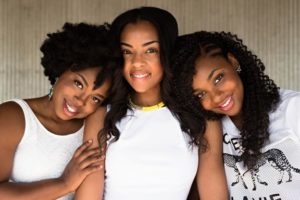