For almost everyone, the return of the sun to the summer sky is a more than a welcome sight. And for thousands of years, Europeans across the continent have celebrated the summer solstice – the longest day of the year. Throughout the Slavic regions of Eastern Europe, Ivan Kupala is the night when magic is at it’s most powerful, and evil spirits are awakened!

The celebration in question was originally a pagan festival known simply as Kupala Night. However, during the spread of the Christian Church during the 1st Millennium, St John’s Day was declared as a midsummer holiday in the 4th Century and was used as a way of converting longstanding pagan rituals into those that adhered to Christianity. The Slavic name for John translates to Ivan, hence why the Orthodox regions where Kupala Night is celebrated changed the name of the holiday to Ivan or sometimes Ivana Kupala. The name Kupala comes from the Slavic pagan god of fertility and may even have a vague link to the famous Roman god of love, Cupid! The night is usually celebrated on the exact day of the summer solstice, and in the Czech Republic, Poland, and Slovakia, this is on 23rd/24th June. However, in Belarus, Ukraine, and Russia, the night is celebrated on 6/7th July. This aligns the date so that it is exactly six months away from the Orthodox celebration of Christmas, on 7th January. To align Ivan Kupala with such an important date in the Christian calendar shows how significant Kupala Night is to those Slavic cultures that celebrate it.

Traditionally, Kupala Night is a celebration steeped in pagan ritual. Rites to do with fertility and purification are practiced throughout the evening. Various rituals foretell the strength and integrity of future relations. As bad spirits are prevalent throughout the night on Kupala, it is essential to purify oneself by swimming in a river – however, water-spirits remain a threat, so it is advised to just have a quick dip and to get in and out as quick as possible! To further protect from the evil spirits that run rampant on Kupala Night, many people collect bunches of herbs and grasses, such has St John’s wort, lemon thyme, wildflowers, and whatever else is available locally at that time of year. These herbs and grasses are bound together and hung from houses as charms to warn away the evil spirits as residents remain safe. Dressed in traditional Slavic clothing, decorated with embroidered beautiful red rushnyk patterns, young women weave wreathes for themselves that are adorned with bunches of flowers. One fertility rite includes lighting candles on these wreathes, then setting them out onto a river. It is believed that the further your wreath travels, the more likely you are to fulfill your wish of meeting the partner of your dreams and having a happy family. If your wreath does not travel so far or worse, sinks, then you are out of luck. This ritual is also an opportunity for the young men to discover their future partner. If they are able to catch a wreath from the water, and return it to the wearer, then they may be in luck. If the woman returns the wreath to the man, this means that she wants to be with him. But if the wreath isn’t offered to the man, she doesn’t want them to be together.

For those who are unlucky in the wreath ceremonies, there are many other ways of finding love. In traditional myth, herbal spells can be cast on the water. Alternatively, you can find luck by searching for the blossoming ferns in the forest. Mythology says that the fern only blossoms around the time of Kupala Night, and this is why people enter the woods with such vigor in an attempt to find the illusive fern flower. Unfortunately, this may not be a fruitful endeavour, as ferns don’t actually flower at all. It is said that only the most virtuous can seek them out, so clearly not everyone is as virtuous as they make out to be! And similar to the wreath rituals on the lake, if a man enters the woods with a woman in search of the fern flower, and returns with her wreath on his head, then it is known that they shall be married in time.

It wouldn’t be a pagan celebration without fire, of course, and huge bonfires are lit of the eve of Ivan Kupala, as young men and women come together to hold hands and dance around the fire and in some regions, an effigy of Kupala is burned on the fire. The elements play a major role in the rituals of Kupala, and it is believed that the flames of the fire purify the surrounding energy and put an end to any evil spirits lurking about. Once the flames of the bonfire have died down, everyone jumps over the remaining embers for a chance of luck. If a couple holding hands jumps over the fire, and are still holding hands afterwards, then the rites of Ivan Kupala have been a success and their love is meant to prosper.

Ivan Kupala is a captivating example of traditions remaining ever present. Though Orthodox Christianity has aimed to claim the holiday as its own, there is no doubt that the defining characteristics of the celebration are undoubtedly pagan. And despite current global affairs, Ivan Kupala is glowing evidence of the shared and unique beautiful heritage of the Slavic countries. Customs vary from country to country, but themes of fertility, purity, and the dawn of a new day remain the same. Elsewhere across Europe, many holidays are celebrated at the same time and include very similar ritual aspects. Jaanipäev in Estonia, Jāņi in Latvia, and Juhannus in Finland are all midsummer celebrations that share elements such as bonfires, casting away evil spirits, and searching for love and the rare flowering fern. Similar midsummer celebrations are even in parts of the Middle East too. 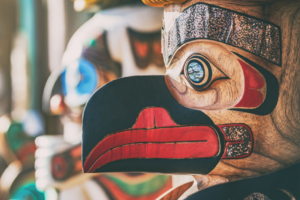 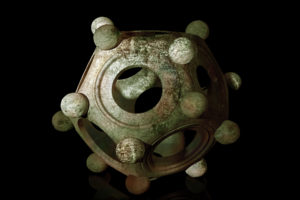