Greetings, and welcome to our July issue of Endeavour Magazine. As any British readers amongst you will surely agree, it’s been yet another fascinating month for the country, in that Jeremy Corbyn very nearly became our Donald Trump moment.

For those who are not aware, we came within a whisker of a quintessentially English political revolution on the 8th June, and it came as quite a shock to many. The rather lovely Jeremy Corbyn actually almost stole victory from the jaws of defeat in the British general election, and no doubt depending on where you sit on the political spectrum you’ll either still be breathing a sigh of relief at having dodged the socialist bullet, or instead be utterly aghast that Theresa May and the Conservative somehow crossed the finish line by a squeak. Regardless, it was an extraordinary turn of events that none of us saw coming – the running theme of the year, it would seem. We really do live in fascinating times.
But do forgive me; let’s get back to the business of business.

Within this month’s issue of Endeavour Magazine we’ve once again brought you the latest happenings and breaking news from a selection of exciting companies and organisations from every corner of the world. Notably, we’ve caught up with Nomad Adventure Tours – one of most exciting safari tour operators on the African country, to find out more about their latest innovations for which they are so well known. Also from this region, we’ve worked in partnership with the wonderful North Star Alliance – an NGO operating throughout the Southern and Eastern African regions, who have taken a frontline role in the war against HIV/AIDS, and the men and women responsible for orchestrating the ongoing development of the Square Kilometre Array – one of the most ambitious scientific endeavours of recent decades.

There’s some great features in this month’s magazine, which also includes the rise to prominence of one of the most highly-regarded business parks in Johannesburg’s prestigious north, and the company that built it, Northlands Business Park Ltd, Motheo Group, and Hemani Group. Last but not least, we bring to you the story of Arctic Group, a Kazakh oil and gas sector service provider that is currently riding the wave of the country’s incredible emergence as an elite global energy sector player.

On behalf of myself and the rest of the Endeavour team, I hope you enjoy reading this month’s issues as much as we’ve enjoyed bringing it to you. 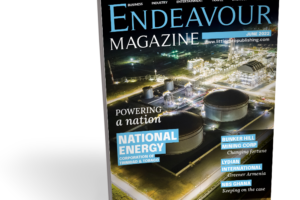 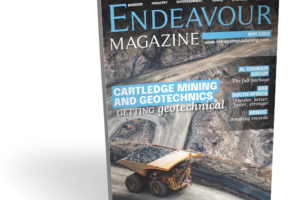 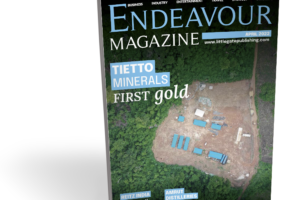