36 out of Africa’s 54 countries currently have recorded cases of coronavirus.

South African police turned to using rubber bullets after crowds queued outside supermarkets in their hundreds after lockdown rules were enforced.

In Kenya, a 13 year old boy was fatally shot for breaking curfew.

Three out of four Americans are now under some form of lockdown. The response to the coronavirus is determined state by state, Maryland, Virginia, Arizona and Tennessee became the latest states to order citizens to stay at home, meaning 32 of 50 states have taken such steps.

Anger has arisen from an image of an open-air Las Vegas parking lot with social distancing markers painted on it for the homeless to sleep in.

The epidemic in Asia-Pacific is ‘far from over’, the World Health Organisation has warned.

A new pilot-scheme in Australia seeks to move the homeless and those escaping a domestic abuse situation in five-star hotels to give them somewhere safe to self-isolate. The scheme is currently only operating on a small scale but seeking to grow.

The UK’s police force have been criticised for being inconsistent in the enforcing of the country’s lockdown laws, with over 100 fines issued in four days and cars seized from some drivers. Human Rights organisations have raised concerns over the room for interpretation within the laws, and the differing understanding of their limits between different city and county police bodies.

Syria has reported its first death from the virus. There are fears that the virus could spread quickly through the vulnerable populations of the country. Meanwhile, only 64% of the country’s public hospitals are currently fully functioning.

Iran’s government has banned internal travel amidst fears of a ‘second wave’ of the virus in the country. 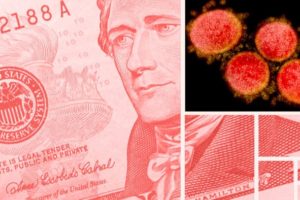